The mixed-use community is scheduled for completion in fall 2023. 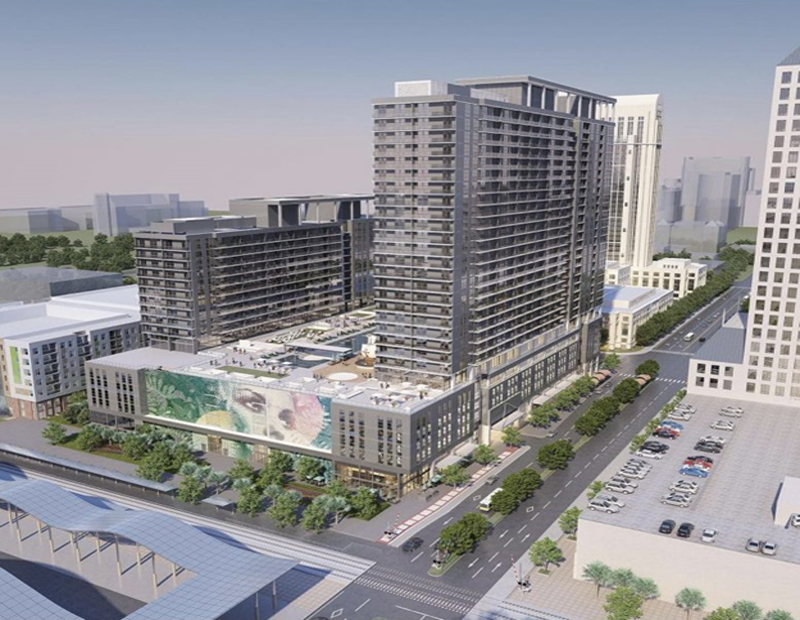 A joint venture between Property Markets Group and Raven Capital Management has received a $120 million construction loan for Society Orlando, a mixed-use project in downtown Orlando. CIM Group closed the financing on behalf of the partners. The community is scheduled for completion in fall 2023.

The 26-story property is being built across 3.6 acres located at 434 N. Orange Ave. and will include multifamily and retail components. Society Orlando features furnished co-living units alongside traditional apartment setups.

The first phase of the community will comprise 462 units, with floorplans to include studios and one- and two-bedrooms, as well as co-living unit layouts with two-, three- and four-bedroom options.

Residents will benefit from the community’s close proximity to the Lynx Central SunRail station, which is just a 3-minute walk from Society Orlando. This nearby access qualifies the project as a transit-oriented development. Orlando’s central business district is also within walking distance, as are numerous shopping and dining offerings.

In July, CIM Group added a 301-unit Washington, D.C., community to its portfolio. The company acquired The Vale at The Parks, a newly built 66-acre property on the site of the former Walter Reed Army Medical Center.

Orlando’s multifamily market has been on a favorable path to recovery since the beginning of the year. A total of $956 million in assets traded in the first five months of 2021. As of May, there were 21,331 units under construction and another 3,924 completions in the metro, according to Yardi Matrix data.