The company has completed its 1,600th apartment in Kyle, Texas, and plans to build 370 more in the coming year. 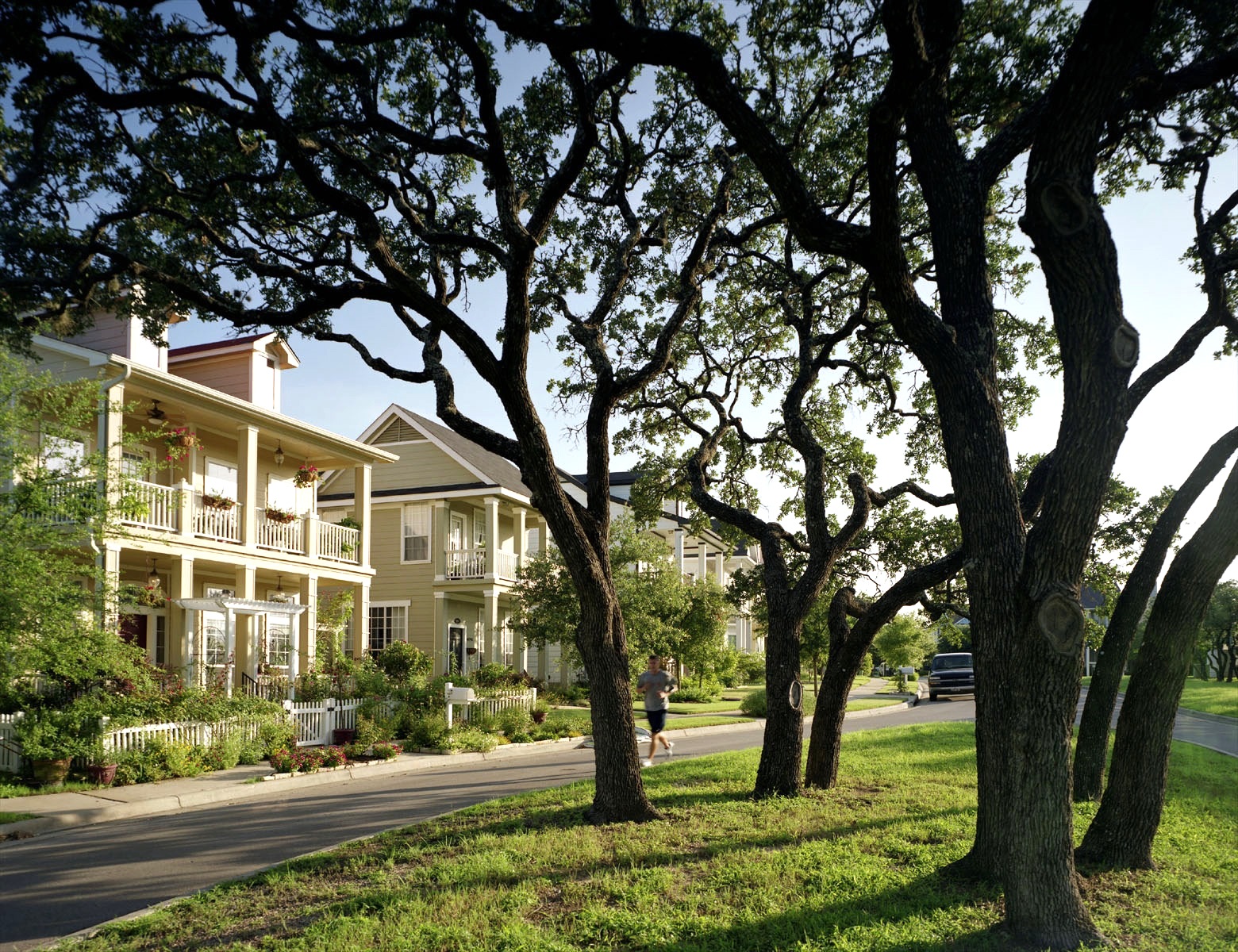 The Plum Creek master planned community in Kyle, Texas, 17 miles from downtown Austin and 60 miles from downtown San Antonio, has completed its 1,600th apartment. Another 370 will be built over the next year. Spread across 2,200 acres, Plum Creek is Kyle’s largest master planned community. An expected 20,000 people will call the live-work-play, mixed-use development their home by 2033, double the number living there today.

The growth in the renting population has accelerated build-out of Plum Creek, whose development agreement was authorized in 1997. The town center component is typically the last feature developed in a greenfield development like Plum Creek. That’s because demand for the retail, dining and services typically found in a town center must be created over time as residents gradually fill single-family and multifamily homes.

“Because rental housing is such a need, and many today will never own a home, we can start the town center earlier,” Terry Mitchell, president of Austin-based Momark Development, the developer of Plum Creek, told MHN. “The need for retailing and dining is here already.”

The surging increasing cost of living in Austin has helped fill newly developed Plum Creek apartments. It has also helped sell the for-sale residences. Some 200 of the current for-sale homes are condominiums and town homes. Another 300 are yet to be built. “Austin has been very successful,” Mitchell said. “But it’s gotten relatively costly. And as homes got expensive and office got expensive and traffic got bad, you’ve seen the outlying areas blossom.”

One beneficiary has been the city of Kyle, which has seen eight percent population growth in the past year, and enormous growth since 2000. The population has ballooned from 4,500 to more than 45,000 in less than 20 years, said Kyle city manager Scott Sellers. Three of the 10 fastest growing counties in the U.S. since 2010 have been Hays, Comal and Travis Counties between Austin and San Marcos, directly to the south of Kyle.

Also luring residents to Plum Creek’s multifamily and single-family homes is the presence in the master-planned community of Austin Community College Hays County. That appeals, for instance, to renter-by-choice empty nesters able to play golf during the day on Plum Creek’s public golf course and then take a continuing education course at the college that evening, without entering a vehicle. Plum Creek’s master plan also includes offices, industrial space, a performing arts center, two elementary schools, a middle school and high school.

“We also don’t have enough as a country to fund all the transportation improvements we would like,” he added. “The single greatest tool we have to address transportation issues is proper planning. It’s putting homes where people work and putting work where they live.”

Landmark JV to Begin Construction on BTR Project in Houston