Plans for The Curtis’ Residential Space in Philly Unveiled

Plans for The Curtis, which is a downtown Philadelphia apartment development by Keystone Property Group and Mack-Cali, have been made public. 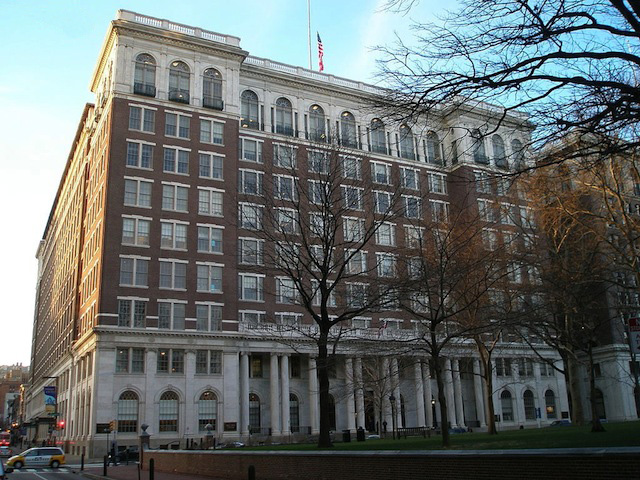 Philadelphia—Plans for The Curtis, which is a downtown Philadelphia apartment development by Keystone Property Group and Mack-Cali, have been made public. The project will involve the redevelopment of an historic structure, the Curtis Center, including the remaking of 90,000 square feet of current office space from the second to the 11th floor into 57 apartment units (with retail, office and entertainment in other parts).

The companies bought the Curtis Center in 2014 for $125 million. Currently the 885,000-square-foot structure, which takes up an entire city block, includes office and retail space, with no residential component. The General Services Administration is the building’s anchor tenant.

DAS Architects Inc. oversaw the design of the new residential space. Floor plans will range from studios to 2,000-square-foot, two-story units with and three bedrooms and three baths. Rooftop penthouse units will have terraces overlooking Independence Hall Park. Work on the building will also include substantial upgrades to the elevators and renovation of its HVAC system, roof, façade and parking garage.

Common amenities in the new residential space will include a 9,000-square-foot amenity space on the 11th floor, with a fitness facility, yoga studio and virtual golf. There will also be a private screening room, catering kitchen, and meeting space.

The design will retain some of the historic architectural details of the building, according to DAS, such as tall windows, mahogany paneled walls and trim, and plaster ceiling medallions. More modern elements will include newly designed staircases within the two-story units, and spa-like bathrooms. The 6th Street lobby will feature a 50-foot long, Tiffany glass mural based on the painting “Dream Garden” by Maxfield Parrish.