Western Wealth Capital has acquired Carlyle at South Mountain, a 360-unit and 192-townhome asset. The transaction represents the company’s largest deal to date. 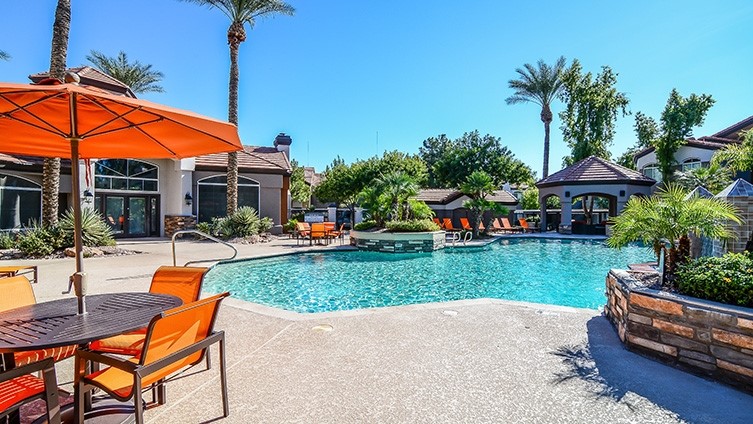 Western Wealth Capital has acquired Carlyle at South Mountain, a 552-unit apartment and townhome community in Phoenix for $90 million.

The transaction represents the company’s largest deal in both units and dollar value to date.

“Our precise focus is centered on multifamily properties with unlocked value,” Janet LePage, Western Wealth Capital’s co-founder and CEO, told MHN. “Specifically, identifying properties where there are multiple opportunities to increase net operating income. Rents at Carlyle are well below those at comparable properties. In addition, most suites have not been significantly updated from their original condition, presenting opportunities to further increase value.”

“Ultimately, we want to create communities that residents want to live in,” LePage said. “We’ve learned retention is the most cost-effective marketing tool. We liked Carlyle because it already has a lot to offer.”

According to LePage, location is one of the company’s key determinants and it looks for properties located near major highways and employers. Carlyle is located on the I-10 corridor and within proximity to major employers like Intel campuses, Wells Fargo and Bank of America.

“Through a macro lens, we remain bullish on Phoenix. In multifamily real estate investment, you have to have a large footprint in a metropolitan center to optimize success,” she said. “By being disciplined with our acquisition and operations strategy, we’ve been able to scale up significantly in Phoenix over a short timeframe. As a result, we’ve been able to realize economies of scale to reduce costs; increase operating speed in improving rental income; create meaningful relationships with our property management partners; develop a reputation that generates strong tenant retention and referrals; and build a steady pipeline of deal flow with brokers.”

Since most suites have not been updated from their original condition, it presents opportunities for Western Wealth Capital to further increase value.

“We plan on renovating approximately 200 of the suites over the next three to five years,” LePage said. “The suite upgrades include the refinishing of cabinet units and replacement of cabinet doors, refinishing of countertops, new carpet and flooring, new appliances, new lighting, fixtures and an overall paint job.”

Carlyle marks Western Wealth Capital’s 40th acquisition, for a total of 7,589 total units. The company is now the second-largest multifamily owner in the Phoenix area.