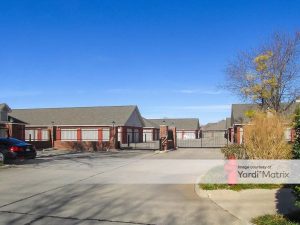 Cross Development has acquired Cambridge Mini Storage, an 87,700-rentable-square-foot facility in Norman, Okla., within metro OKlahoma City. Northstar Properties sold the asset for $7 million, according to Yardi Matrix data. The property is subject to a $5.8 million acquisition loan, provided by Presidential Bank.

Senior Vice Presidents Brandon Karr and Danny Cunningham, alongside Senior Associate Bryan Quaschnick of Marcus & Millichap marketed the property on behalf of the seller. Karr and Cunningham procured the buyer.

The property last traded in 1999, when Northstar bought the asset from a private owner, while in 2009, the facility became subject to a $3 million loan, originated by First United Bank and Trust Co.

The property is located at 4801 W. Main St., 20.6 miles from Oklahoma City, and has access to Interstate 35. Will Rogers World Airport is 22 miles away. The facility is one of the six available within a 3-mile radius, offering residents 12.5 rentable square feet per capita.

Yardi Matrix data shows that 24 self storage properties traded in the Oklahoma City market last year, a total of approximately 1.4 million square feet. Last July, Andover Properties entered the market with the acquisition of a 90,500-square-foot facility. Rebranded as Storage King USA, the $7 million asset is some 8 miles from central Oklahoma City.