A look at new directions for multifamily housing on the Lower East Side.

New York—From its role in the housing and labor reform movements of the 1800s to the advent of punk rock at landmark establishments like CBGB, the Lower East Side has long been an incubator for cultural revolution. However, in more recent years, the face of this venerable historical mainstay is rapidly changing with younger professionals swarming the neighborhood job market as well as the development of condos, hotels and multifamily buildings.

At the Transformation of the Lower East Side panel on August 18th at the notorious Blue Condominium building, the conversation ranged from the best local bagel spots to prices per square foot, but never strayed from one central theme: the LES is not what it used to be. While traces of the neighborhood’s original spirit like Katz’s Deli and the Angel Orensanz Center remain intact, David Amirian, president and founder of the Amirian Group, sees condos and hotels making up the landscape in the future. “There is still strong multifamily here,” he said, but ultimately he believes that the height restrictions in the area make it more conducive for condominium development.

“I think the trend really has become to build multifamily in Brooklyn,” Amirian said, adding that Long Island City is another hot destination for rental developers and investors. He told MHN, “I think there’s only one way right now you can build multifamily right now in Manhattan, and that’s with a joint venture with a current owner. I’ve talked to a myriad of owners that own buildings from the 70s and 80s and even the early 90s and talked about building an 80/20 in their current location.”

Jacky Teplitzky, top broker at Douglas Elliman and leader of the Jacky Teplitzky team, sees the change in the neighborhood as a draw for buyers. “For each taste, you have a different type of housing, so you can cater to different kinds of people,” she said, noting that the LES’ convenient transportation options and walkability make it a smooth transition for those moving from other, pricier New York neighborhoods. “Maybe the people who are in TriBeCa and SoHo think…maybe I can cash out now,” she speculated. 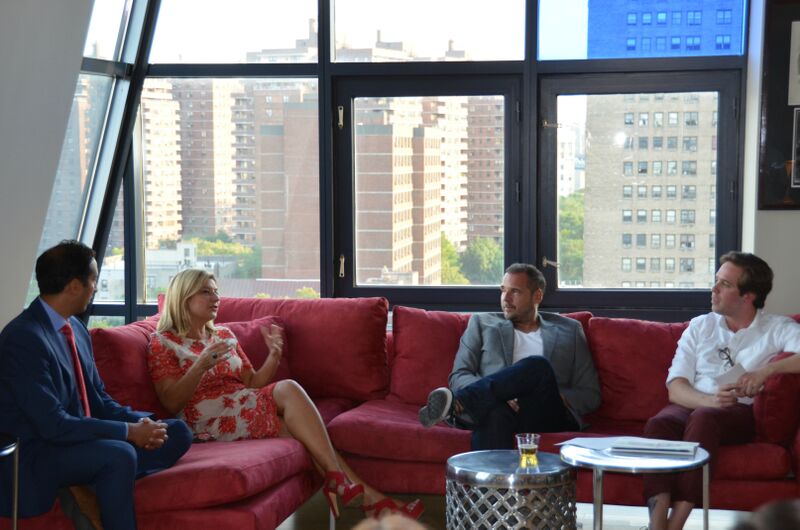 Eric Ferrara, a fourth-generation Lower East Sider and founder of the Lower East Side History Project, has had a front row seat to the rapidly changing scene, but he doesn’t think the neighborhood’s longstanding history will be completely eclipsed. “We’re blending in the character with what’s going on,” said Ferrara, who sees the new development direction as a natural progression. “We’re taking a 200-year detour of what this neighborhood was supposed to be,” he said. “It is one of the most important districts in America.”

Teplitzky, who has sold $1 billion in property since 2000, definitely has a clear view of what buyers want from a property on the Lower East Side. She said buyers are looking for amenities like a doorman, gym, bike room and storage, but noted that they place more of an emphasis on character and individuality. “The people that are coming to this area are not going to want to buy what we call a typical, cookie-cutter apartment. If they are coming here, they want something interesting, something that they can talk about from an architectural point of view or design point of view,” she said.