How does your metro stack up? Check out our interactive charts. 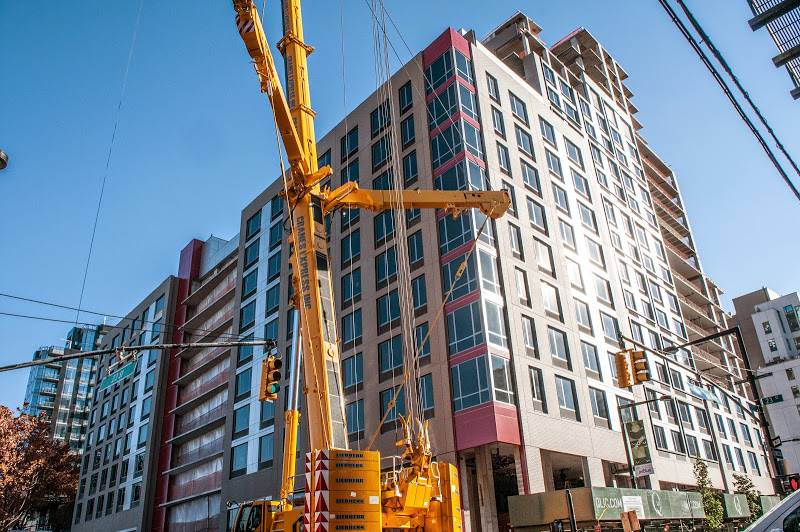 New York — The New York City metropolitan area led the nation in new commercial and multifamily construction starts during the first half of 2015.  That’s the word from Dodge Data & Analytics, which reported $17.3 billion in commercial and multifamily projects broke ground in the metro in the January-to-June 2015 period, easily outdistancing the Miami area’s $3.0 billion in starts.

“The multifamily housing expansion remains in full swing, and it’s broadening in geographic scope,” Robert Murray, chief economist at Dodge Data & Analytics told MHN.  “Not only New York and Miami are seeing strong growth, but healthy percentage gains are being reported in such metropolitan areas as Boston, Seattle, Denver, Chicago, and Atlanta. There are a few markets that showed earlier strength that now appear to be pulling back, such as Washington D.C. and Houston. But by and large, the upward trend for multifamily housing is still in progress.”

Looking solely at multifamily construction starts in the first half of the year, the New York City area’s multifamily starts ballooned from $6.75 billion to $11.25 billion year over year, a 67 percent surge.  That compared very favorably with the Miami area, which grew from $1.36 billion to $1.93 billion, a 42 percent gain.

Rounding out the top 10 in multifamily starts in millions of dollars were, in order, the Boston, Los Angeles, Seattle, Denver, Chicago, Houston and Atlanta areas.

“Lending conditions continue to be generally favorable for multifamily projects, although it’s possible that banks will soon begin to take a harder look at potential projects in areas that have already experienced strong construction growth,” Murray said.

Market fundamentals, such as occupancies and rents, continue to demonstrate improvement, Murray said.  “That supports further growth for commercial and multifamily construction,” he added.  “Multifamily housing has shown steady growth since 2010, which has generated some concern about overbuilding, particularly in the New York City metropolitan area. Still, New York City is seeing an even greater amount of multifamily construction starts this year.  And the national multifamily upturn is now broadening in terms of geography, with construction gains taking place in more metropolitan areas.”