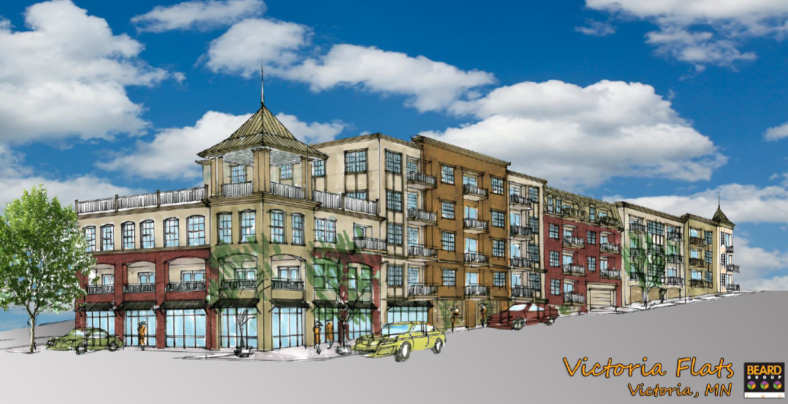 Victoria, Minn.—The Beard Group has obtained $14.6 million in financing for its Victoria Flats apartment development in Victoria, Minn. The company won approval for the building, as well as tax increment financing for the project, back in October from the Victoria City Council.

Grandbridge Real Estate Capital senior vice president Dave Rasmussen originated the loan. According to Rasmussen, the lender is a regional bank that met all the borrower’s investment objectives and also provided an interest rate in the lower 3 percent range, with as many as 30 months of interest only.

The town of Victoria, which is in Carver County, is part of the Minneapolis-St. Paul-Bloomington MSA. The region is one of the stronger employment markets in the country, with unemployment currently hovering around 3.4 percent and about 28,000 jobs added in the last 12 months. Demand for apartments has benefited from the strength of the Twin Cities labor market.

This strength is best exemplified by the 97.6 percent occupancy rate, which is just 20 basis points below its two-year high, according to the most recent report on the market by Colliers International. The metro area has also experienced the highest rental rate growth in the Midwest during the past year, at 3.6 percent, contrary to its history as a slow-growth market.