The development will include 77,500 square feet of retail, office and community space, as well as 40 affordable apartments. 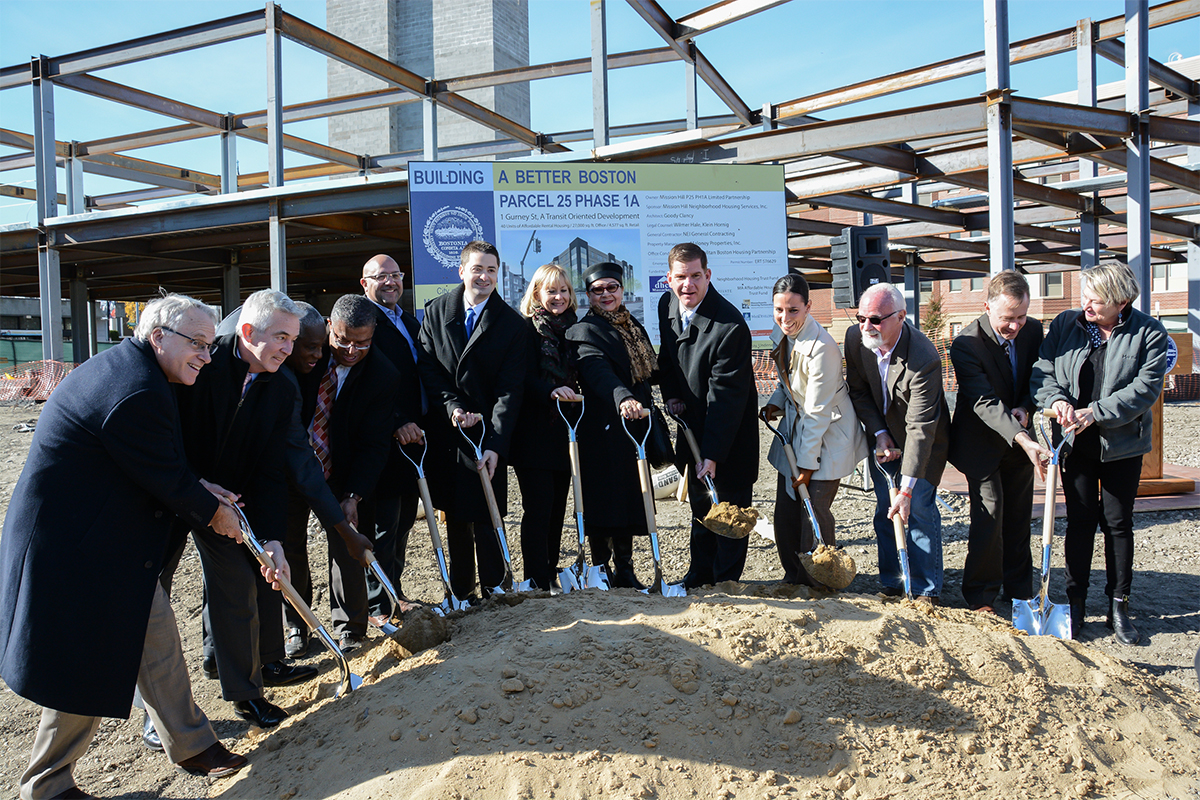 Boston—Randolph, Mass.-based NEI General Contracting has broken ground on a $16.2 million mixed-use development that will deliver 77,500 square feet of retail, office and community space, as well as 40 affordable apartments.

The development will fill Parcel 25 at the intersection of Tremont, Gurney and Station Streets, across the street from the Massachusetts Bay Transportation Authority (MBTA) Roxbury Crossing station. Owned by MBTA, Parcel 25 and nearby Parcel 29 haven’t been occupied since the 1960s. Then, the federal government purchased and razed a number of structures in the area with the goal of eventually extending I-95 through the area. That endeavor was halted when community organizations intervened, but the parcels remained vacant.

The property is a component of a much broader development vision laid out by non-profit Mission Hill Neighborhood Housing Services.

That vision has as its objective the re-establishment of Roxbury Crossing as a retail center with viable businesses that would serve as a positive gateway to the Mission Hill area.

The primary construction challenges relate to timing and seasons. “It is schedule, it’s time of the year, and trying to raise [the structure] and get weather tight through the winter,” NEI General Contracting’s Project Executive Brandt Wajda told MHN. “Also, working in Boston, in this area, is always tricky. The permitting process it extensive. But we are off to a good start.

“We began back in the summer, and we need to be done in early September. So we’ll be boxing in the building through the winter and hope to get weather tight around January.”

NEI has been helped by excellent collaboration so far, Wajda added. “Mission Hill Neighborhood Housing Services have provided great ownership, and there’s been great community support in backing us to this point,” he said. “We’re eager to be a part of this community revitalization.”