The film’s active copper element disrupts the protective proteins around bacteria and viruses through direct contact. 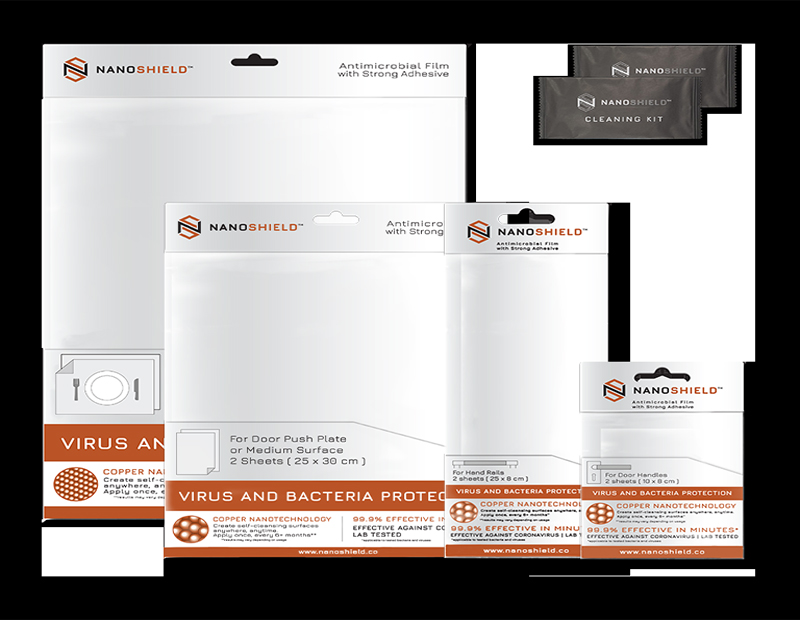 Nanoshield protects surfaces between cleaning, with its self-disinfecting technology that destroys viruses and bacteria for up to 12 months. Nanoshield’s self-sanitizing properties are the result of nano-level embedded nontoxic copper particles in films, wipes and other applications.

Nanoshield is offered in a customizable PET or PVC film, which contains a substrate with a resin layer and an active copper element. The film can be applied to door handles, elevator buttons, concierge counters, water fountains and other areas to decrease the spread of viruses and bacteria on such high-touch surfaces.