Multifamily Recovers Though the Pandemic Persists

How much has changed for the multifamily sector?

What a difference a year makes. Although the economy is still recovering and the battle against COVID continues, the differences for the multifamily sector in mid-2021 compared to mid-2020 are remarkable. In many markets, key problems—among them, sliding occupancy and pricing, owner concessions and the struggle to get prospects—appear to be largely in the rear-view mirror.

The litany of change that has emerged during the pandemic is truly remarkable. Among them are increased migration to the Sun Belt; stepped-up performance by secondary and tertiary markets as growth stalled in many urban centers; Millennials’ move to the suburbs in larger numbers; and work-from-home as a new standard. Some of these issues will have a more lasting impact than others, but all call for continued scrutiny.

Opportunities are escalating throughout the multifamily industry with ample liquidity and record levels of dry powder. By May 2021, the sector’s asset prices were the fastest-rising among all property categories, up 10.1 percent year-over-year, according to Real Capital Analytics. That surpassed the 9.5 percent price increase tallied by industrial properties.

“Vaccinations are really good at preventing fever in people and really good at inducing one in the economy,” said JLL Chief Economist Ryan Severino, who predicts the U.S. will see economic growth rates into 2022 not seen in nearly 40 years.

But there is no shortage of challenges ahead. The fallout from widespread eviction moratoriums remains uncertain. Rising construction costs and supply chain imbalances that are slowing development. Creating and preserving affordable housing continues to be a concern, one that was exacerbated by the pandemic. Urban office workers are coming back, but multifamily markets in cities like New York City and San Francisco will likely take time to recover as changing work patterns influence where residents choose to live. That could be a multi-year process, cautioned John Chang, senior vice president & national director of research services at Marcus & Millichap.

“The big question will be whether or not companies are able to bring their workers back to the office and how long it takes them to move back to the urban core. That’s going to drive a big piece of apartment performance,” Chang said.

Rising construction costs pose a significant challenge, as well. One hundred percent of respondents to an NMHC survey released in June reported price hikes. Lumber costs jumped 201 percent over the past year, forcing 62 percent of firms surveyed to reprice projects by at least 5 percent. Nearly a quarter of respondents reported appliance shortages. The shortages and delays could last from 12 to 18 months before eventually self-correcting.

On a more upbeat note, the prospect of resurgent big cities is generating optimism. Older members of Gen Z are moving to urban areas to get jobs and apartments and empty-nester Baby Boomers are returning. The Yardi Matrix National Multifamily report for May noted that New York City rents increased 3.4 percent month-over-month, well above other top 30 metros. Average high-end apartment prices reached nearly $1 million in the second quarter as well-heeled buyers sought penthouses with more space and outdoor areas.

In a sign of the times, residents are returning to Manhattan. “People still want to be in the city. A lot of employers are going to see that,” said Jahn Brodwin, a senior managing director in FTI Consulting’s New York office. Many of those who stayed or are coming back are taking advantage of repricing to move to larger spaces at better prices.

That kind of demand is helping swing the pendulum back in the owner’s favor. “We are seeing a reduction in concessions offered as occupancy rates improve,” said JoLynn Scotch, managing director of operations at Bozzuto Management Co. “This improved occupancy is fueled by the reopening of our cities, the return-to-work mandates, distribution of the vaccine and demand of the ‘trade up’ renter.”

JLL reported in its summer multifamily outlook that office re-entry had boosted multifamily prospect traffic in urban markets. Class A apartment tours grew 121 percent year-over-year in April, and that coincided with a 70 percent increase in new lease signings. Concessions remained, especially in urban cores, but showed signs of decline as new lease signings stabilized. Watch for urban leasing to accelerate this summer and be strong after Labor Day, advised JLL’s Lawton. 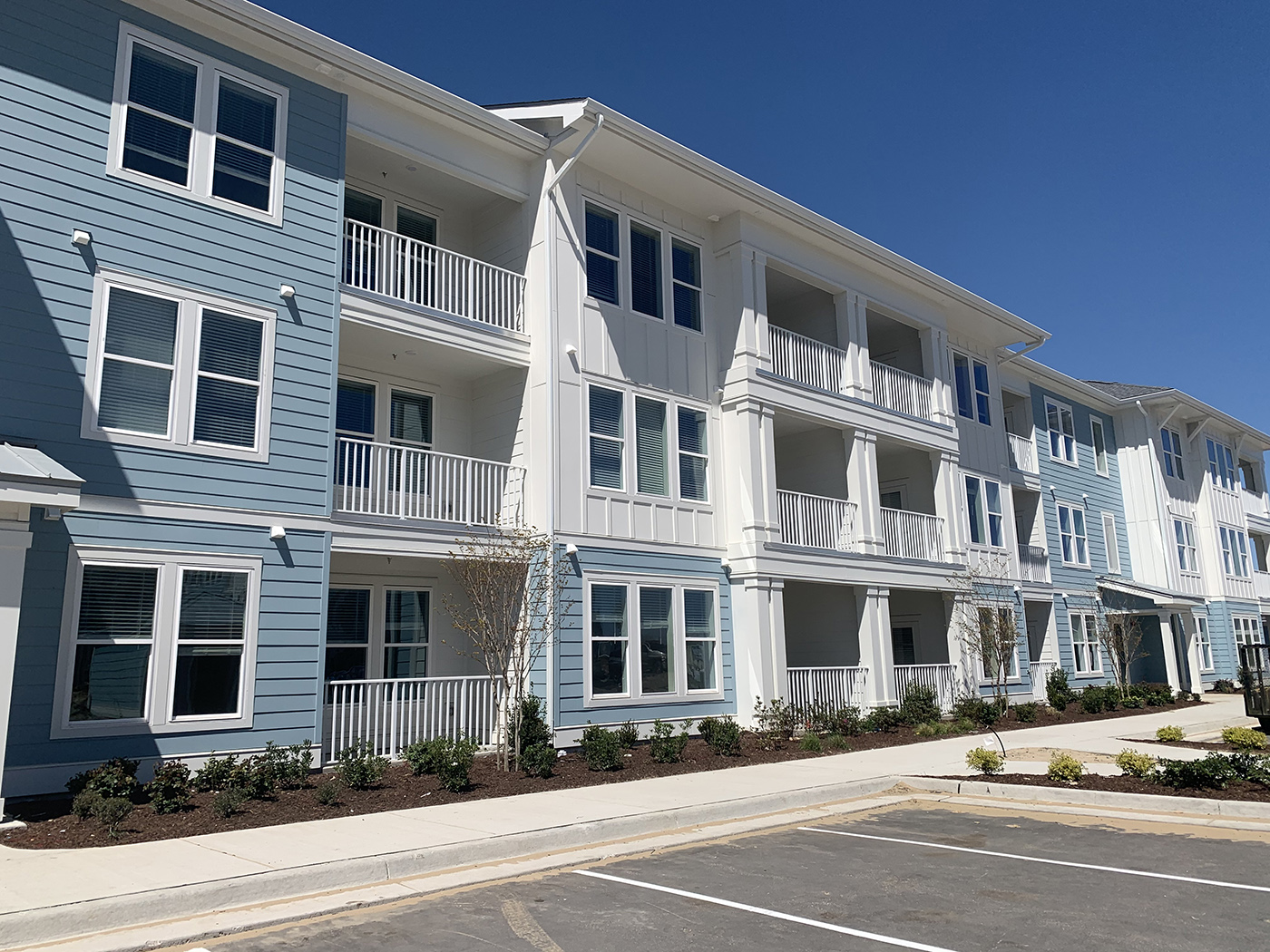 With increases averaging about 3 percent nationally this spring, rents in many U.S. metros have recovered. Some markets have even surpassed pre-pandemic growth. Gables Residential has observed rent increases in nearly every market where it operates, reported Sue Ansel, the firm’s president & CEO. That includes such high-growth areas as Atlanta, Boston, Dallas, Denver, South Florida, Southern California, Washington, D.C., and Austin, Texas.

Leasing activity and occupancy are also moving up meaningfully. “We are ahead or well ahead of where we were” in those markets, she noted. “It’s a great story for demand.”

Suburban and Sun Belt markets are outpacing urban markets in rent growth and occupancy. That reflects migration patterns and supply-and-demand trends in places where people were prompted to relocate during COVID. Average Boston rents declined 8 percent during the first quarter and increased 6 percent in Tampa, Fla., Chang noted. By late spring, the national vacancy rate was about 4.5 percent—exactly where it was before the pandemic. But as Chang said, “Under the surface you have real winners and losers.”

And most of those winners seem to be in the Sun Belt. “We do think that’s a trend that’s going to be sustained going forward,” said Lauro Ferroni, senior director, research at JLL. Contributors include affordability, tax advantages, lower costs of doing business, quality of life and availability of talent.

Migration has also been on the rise among older Millennials moving to family-friendly locations, particularly to suburbs. Many were looking for more space for work-from-home and school-at-home. They snapped up larger apartment units in the suburbs or leased single-family rentals (SFR). Those trends are expected to continue, particularly in Sun Belt markets with strong job growth and lower costs of living.

Having sufficient space is now a priority for many multifamily residents, which is increasing the appeal of the SFR and build-for-rent (BFR) segments, said Chris Findlay, CEO of Middleburg Communities. The firm recently launched The Hamlet, an SFR product that combines single-family comforts with maintenance-free living. The Hamlet is targeting high-growth southeastern markets like Huntsville, Ala.; Raleigh-Durham, N.C., and Jacksonville, Fla. But Findlay contends that the industry is still building too little product: “I don’t see that changing for the next three to 10 years.”

Findlay pointed to wages that are not keeping up with rents as another challenge, particularly in secondary and tertiary markets, which are often seeing double-digit rent increases. The lack of supply is particularly acute in the workforce and affordable housing segments.

“In many places, the affordability crisis has already worsened and the Class B and C (apartments) are still in demand,” said Caitlin Walter, vice president of research at the National Multifamily Housing Council.

One of the pandemic’s impacts has been to underscore the importance of affordable housing for essential workers near their jobs, noted Jonathan Gertman, vice president of development for NRP Group’s New York City region. All told, affordable projects accounted for half of NRP’s 21 groundbreakings last year.

Occupancy in Avanath Capital Management’s affordable housing portfolio averages 97 percent, reported Chairman & CEO Daryl Carter. Sacramento remains its strongest market, with 100 percent occupancy and waiting lists of prospective residents. During the past year, Carter’s firm has entered several new markets, including his hometown of Detroit, where he believes that decades of underdevelopment offer great opportunity. Avanath also made its first Boston buy with the acquisition of Morton Village Apartments, a 207-unit workforce housing community in the city’s Mattapan neighborhood.

Carter cited the growing need for three- and four-bedroom units, which have been underbuilt for two decades and rarely turn over. That shortage, he added, could be helping fuel the SFR market.

Institutional investors are sending a large infusion of capital into the affordable sector. Avanath’s fourth U.S. affordable and workforce housing fund closed earlier this year at $760 million, far exceeding its $550 million target. Carter said that more than half of the fund’s participants are based outside the U.S. Investors based in Europe, where affordable housing is more common than in the U.S., are more open to allocating capital to the sector, Carter noted.

The cost of capital for floating-rate debt borrowers has never been lower, said Brian Hirsh, vice president at Mesa West Capital. Pent-up demand from investors, combined with a profusion of equity and debt, has “created a recipe for a robust year,” he said. “You’re seeing an incredible run-up in value for multifamily assets, not just driven by availability of low-cost financing and lower cap rates, but … by real rent growth and other fundamental strengths.”