Phase II of Modera Mosaic in Mosaic District of Fairfax County includes 222 units, joining 251 apartments in the original phase, which began leasing in 2015. 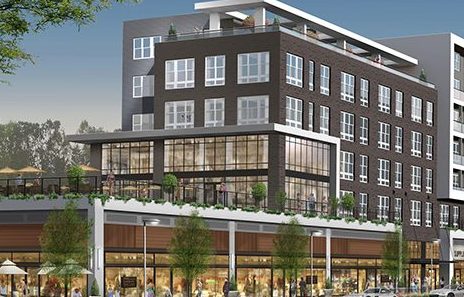 The property has sustainable features, such as programmable thermostats, low-flow plumbing fixtures and energy-efficient lighting in common areas. It is also a walkable part of the Mosaic District, which is a 31-acre urban development with about 2 million square feet of retail, restaurant, office, hotel and residential space.

Long a boom market, metro DC’s apartment rental growth has slowed down in recent quarters as more product, especially at the upper end, has come on line. In March, median rents in metro D.C. stood at $1,320 for a one-bedroom apartment and $1,520 for a two-bedroom, according to Apartment List.

That represents an increase of 0.5 percent over the past month, but rental growth has been relatively flat at an increase of 0.2 percent since the same time last year, reports Apartment List. The market’s year-over-year rent growth thus lags the national average of 2 percent.