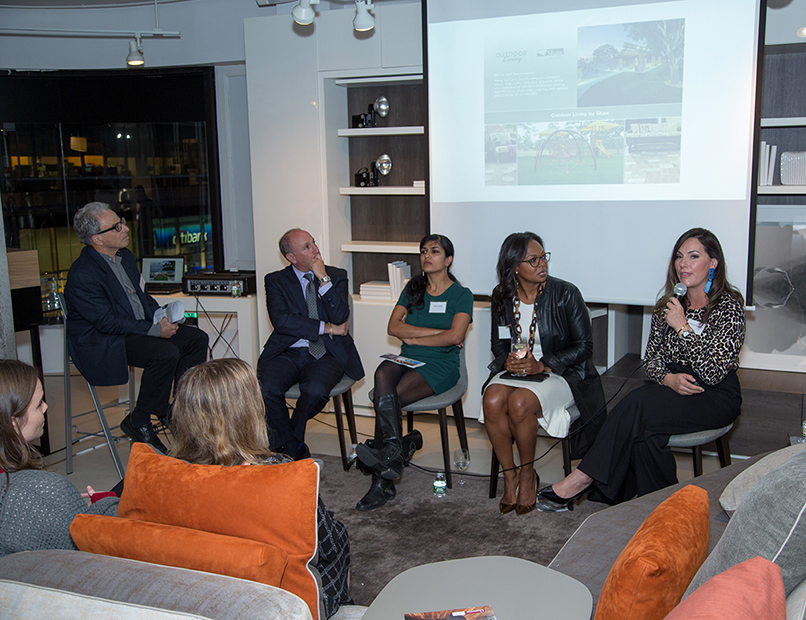 Harris pointed to Sendero Verde, a planned project that will occupy almost an entire block bound by E. 111th and 112th streets and Park and Madison avenues in East Harlem, and will also include a charter school and medical suites for lower-income residents as a good example of what he called “communities of opportunity.” Sendero Verde will provide high-quality, affordable and sustainable living. 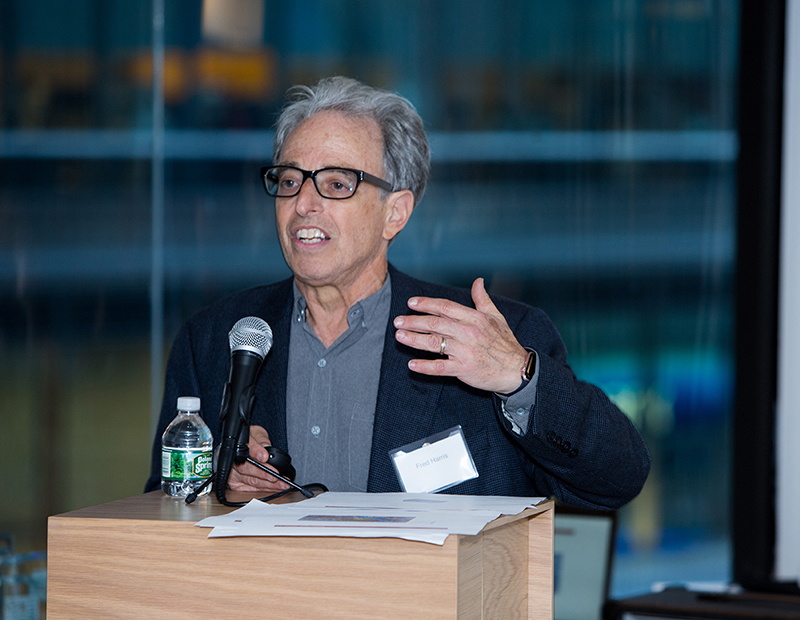 “The idea within this really terrific site is to integrate jobs, arts and culture from a very vibrant neighborhood, fresh food, open space, community gardens … health care, affordable housing—the entire building will have about 650 apartments, all of which will be affordable—, education, recreation, community and social services,” Harris said. Apart from social services provided by Union Settlement, the biggest component of the community facility in the building will be the 85,000-square-foot DREAM charter school.

In addition, the entire building will be passive house, which means that it will produce 20 percent of the energy that a conventional multifamily development uses.

The Scott at Brush Park

Broder discussed the importance of market-rate housing to a city in transition like Detroit. “We’re coming out of a period of 50 years of drought, and we may be in second or third (place) in the new ballgame with respect to the revitalization of Detroit,” Broder said.

His company has been very involved in redeveloping the city that survived the largest municipal bankruptcy in history. Market-rate projects such as its Scott at Brush Park, which won a Silver Distinguished Achievement Award for Best Development and is an example of Detroit’s urban core revival, enhance economic diversity by providing apartments for upscale residents. The city’s first project of its kind in more than 40 years, the $63 million Scott includes 199 luxury units across five floors and 15,000 square feet of ground-floor retail and restaurant space.

The concept behind this unique project was that, while a lot of developers are focusing on affordable housing or mixed-income neighborhoods, the city lacks higher-end or luxury housing—and that was exactly the piece that was missing for the whole “revitalization formula” to work right.

“Our focus on this is exceptional service for our residents. The bar in Detroit for service in multifamily is incredibly low, and we didn’t’ want to just raise the bar in service for our residents, we wanted to exceed every expectation. We’re doing that, and it’s yielding returns for us,” Broder said. Less than one year after opening, the Scott at Brush Park is more than 90 percent occupied, a record in a city like Detroit.

Broder listed other major projects helping renew the city, including Little Caesars Arena, the new home of the National Hockey League’s Detroit Red Wings and the National Basketball Association’s Detroit Pistons, which two days prior had played the team’s first game in the city in almost 40 years. 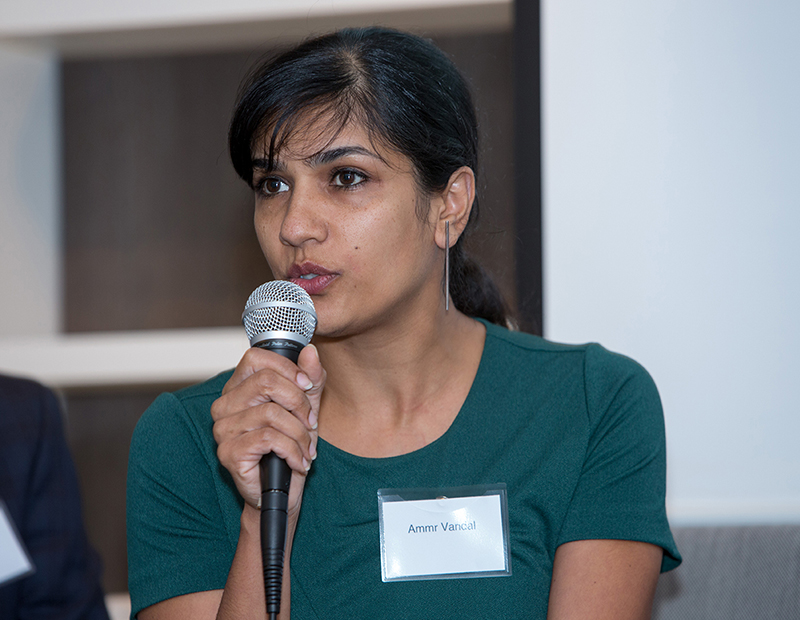 Vandal spoke about Carmel Place, the brainchild of nARCHITECTS and New York City’s first micro apartment development. The nine-story modular building at 335 E. 27th St., in Manhattan, was the winning entry for the adAPT NYC competition, a 2012 city-sponsored pilot program that challenged developers and architects to create a new model of micro-housing to adapt to New York City’s housing crisis. Carmel Place was also the winner of Fast Company’s Innovation by Design Award and the 2017 AIA Award for Architecture.

Completed in 2016, Carmel Place was a response to the city’s changing demographics and housing needs and was designed to offer living spaces that are small, flexible and affordable, making them an ideal solution for many single people living in densely populated urban areas.

According to Vandal, 46 percent of Manhattan’s housing units are occupied by single people, who normally prefer smaller apartment units, but they also need to connect with their communities. Living in micro units requires living beyond the walls of the apartment, so the importance of good social spaces is even more important.

Designing the smallest possible units came with some serious challenges. The first question raised was what could be given back to the residents in the way of amenities to make up for the lack of space? nARCHITECTS’ answer was the innovative concept of discoursed home.

“Everything that you would want in your home, we will provide that to you in your building so that the building becomes your home, not just the apartment that you live in,” Vandal explained.

For example, Carmel Place’s gym is placed centrally by the street, in an effort to create a dynamic environment; and the lobby is much larger than in a conventional New York City apartment building, designed as a street, or a place where residents can work or meet other people in an informal, friendly environment.

“The other thing that we wanted to emphasize is the idea of nested scales,” Vandal added. “We’re not emphasizing the singular apartment, we’re emphasizing the building as a whole, and so the design of the building reflects this concept of micro—meaning we’ve set up the idea of micro towers, not just as micro units but also as a microcosm of the New York City skyline.” In her keynote, Vandal also explained how the design team compensated for the reduced footprint of each apartment unit by incorporating higher ceilings—which allow for much larger windows, thus maximizing daylight—and functional, transformative furniture.

Vandal also presented A/D/O, nARCHITECTS’ innovative design hub in Greenpoint, Brooklyn. Founded by BMW MINI as part of the company’s own design practice and continued exploration of innovations that improve urban life, A/D/O is not a space for automobile design. Instead, it provides an environment that fosters creativity and encourages people to work in an environment that gives a sense of innovation and that actively encourages the cross pollination of creative ideas. Built on the site of a former warehouse, the 23,000-square-foot, one-story building still has the feeling of a warehouse thanks to the continuous and undifferentiated space.

But this creative hub space also offers a sense of belonging to the community, since it allows people to see what would normally be going on behind closed doors. The design team also introduced the concept of skylight into the remixing of this unconventional space; the skylight at A/D/O works like a periscope, which reflects the Brooklyn and Manhattan skylines to create a single, new horizon.

Explaining the decisions that back Bozzuto’s efforts, Williams stressed the importance of understanding the customer’s mindset. “In multifamily, we talk a lot about demographics … but it’s really hard to understand the emotional drivers, the decision-making that goes into finding a home,” she explained. This process starts off very rationally, with basic questions—Where do I want to live? What works for my lifestyle? Do I need easy access to public transportation?—but it quickly evolves into a very emotional decision—How do I feel when I come home? Do I like the people that will be in my building? Will I fit in? Do I like the people who are managing the building?

To cater to this particular type of resident, Bozzuto crafted a service model based on a general cyclograph model that describes this type of resident. According to Williams, “they are typically going through some sort of life change, so they might be graduating from school, getting their first job; they might be moving in with a partner; they might be decoupling; … they might be moving to a new location for a job. … Financially, they are very confident about their decisions, they are generally better off than where they were a year ago … and they are very into personal brands … and they see where they live as an extension of their brand.”

Williams pointed to The Hepburn, a luxury apartment tower located in Washington, D.C.’s Kalorama area, on the hill on the east side of Connecticut Avenue. Designed by Beyer Blinder Belle as a sophisticated yet dramatically simple building, the 12-story tower, which won an MHN Excellence Gold award for Best Marketing Program, offers 195 luxury units, as well as top-scale amenities and panoramic views of Washington, D.C., and beyond.

A unique and successful amenity is Bozzuto’s partnership with an automobile company that lends sophisticated cars to the property to encouraged residents to be more flexible and share care rides. Additionally, the developer partnered with a local liquor store that delivers bottles of wine, and a customized record player situated in the lobby brings people together.

Anthem House, Bozzuto’s nine-story, 292-unit rental property in Locust Point, Md., was built with a focus on resident wellness. The property’s list of amenities features more than an acre of outdoor space, as well as an open space in the lobby, where residents can work or come together for informal meetings.

In New Haven, Conn., Bozzuto transformed a former industrial building where, among other things, propeller blades for the F4U Corsair were manufactured during World War II, into a property aptly named the Corsair. The luxury rental property incorporates an entire history by reusing original elements such as timber, propeller blades and door handles —all of which, according to Williams, answers some of the residents’ most emotional questions: “Why live here when there’s so much to choose from? What is it that I can connect with?”

In Chicago, The Sinclair caters to people working in the medical and financial sectors, so the design incorporates clean lines and details that have also been used in branding and marketing the newly completed property. 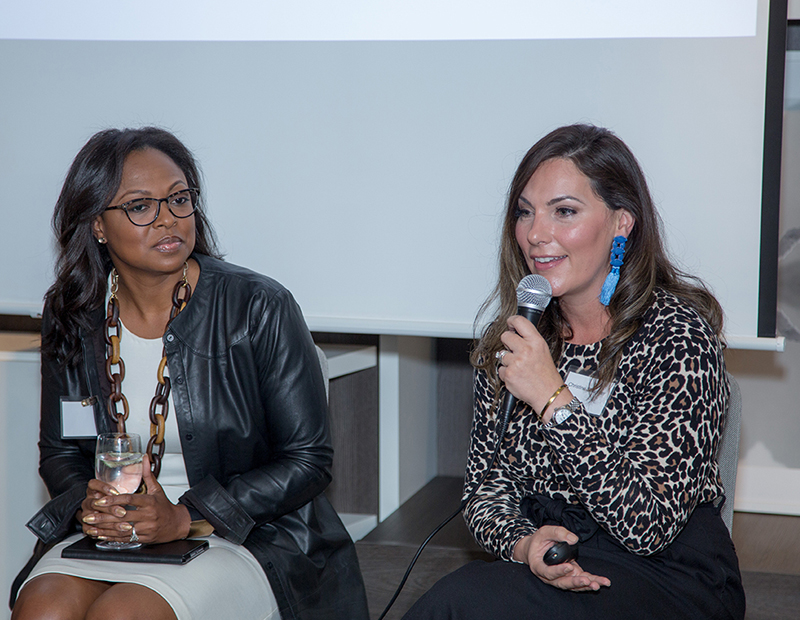 Innovative flooring products can be a big contributor to the feel of a clean and healthy lifestyle, according to Christine Slaughter. Shaw Floors recently launched a collection of products called Outdoor Living that was designed to address the increased interest in being outdoors. The research behind Shaw Floors’ new line of products looked at the lifestyles of Baby Boomers, Millennials and Gen X and found a common willingness to pay more for upscale amenities, walkability and outdoor-like spaces.

People are also very dedicated to their pets, which has created a $65 billion industry, according to Slaughter. In fact, Shaw Floors’ research team found that a lot of outdoor-loving people are more interested in amenities for their pets than for their children, and are looking for pet spas (which are used more often than a gym), day cares or dog walker services.

As a result, a lot more apartment communities are now pet friendly, and property managers and residents alike are constantly looking for flooring and carpeting solutions that are suitable for pets. For that reason, Shaw Floors has developed LifeGuard, a type of carpet engineered with waterproof technology, and Floorte, a strong, durable and flexible floor with a “fold’n’go” system that allows for precise installation and a highly authentic-looking design that emulates the top species and colors of hardwood, as well as a variety of stone and concrete.

The event continued with an award ceremony honored the winners of the 2017 CPE Distinguished Achievement and MHN Excellence Awards.

Now in its seventh year, the CPE Distinguished Achievement Awards properties and projects in seven categories:

This year’s MHN awards were judged by a panel of industry experts comprising:

The event was held at Resource Furniture’s showroom in Midtown Manhattan, where attendees were able to experience transforming, space-saving furniture designed for both apartments and commercial spaces. The event was also sponsored by Latch, OpenProperty, Walker & Dunlop and CPE and MHN parent company Yardi Systems.