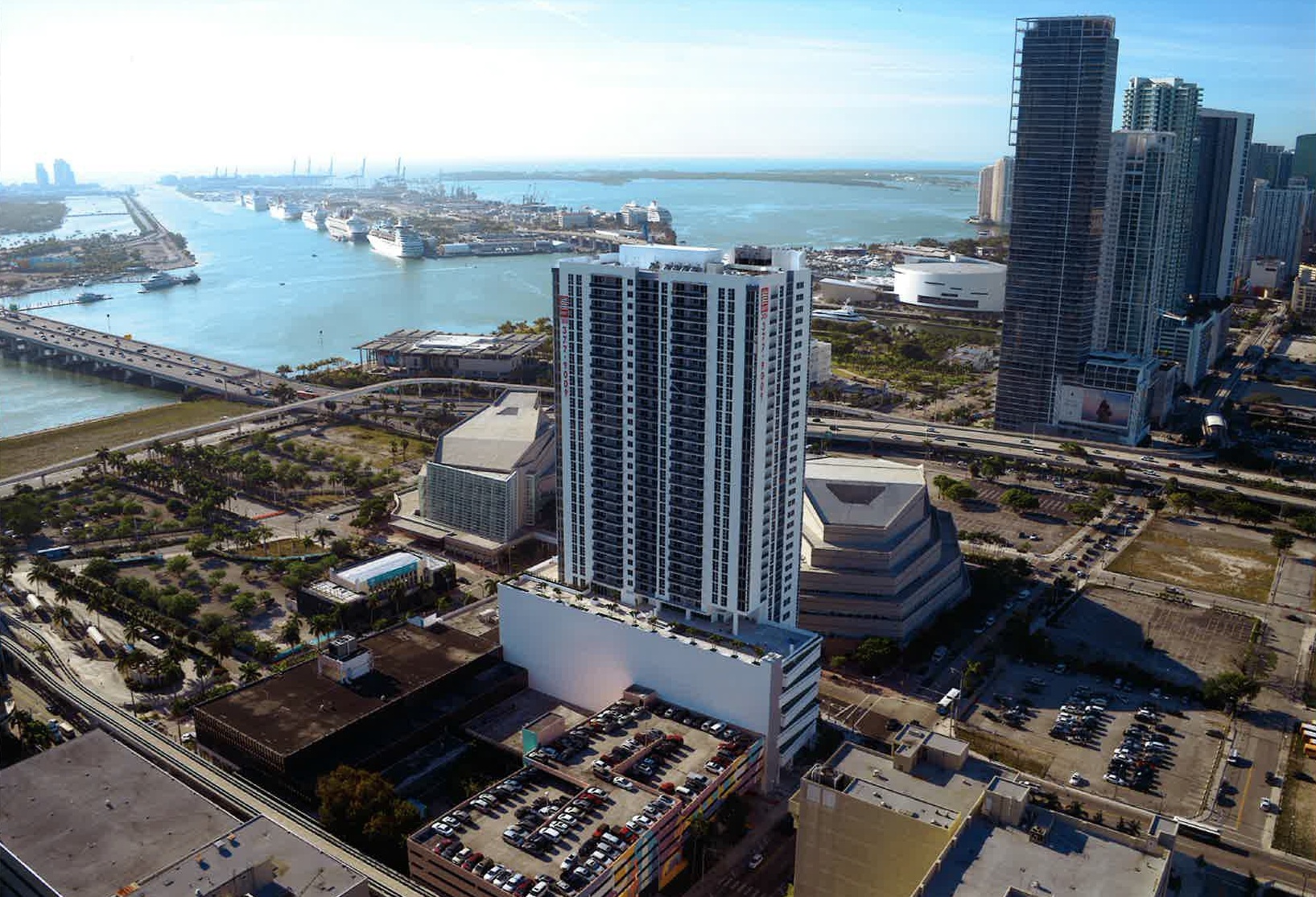 The new 38-story, 497-unit luxury rental tower is located at 245 NW 14th Street in the downtown Arts & Entertainment District. Melody Tower is part of an enormous transition underway in downtown Miami, where the condominium boom has given way to rental mania. Developers have begun targeting young professionals who want a downtown Miami lifestyle but lack the necessary down payment for a condo. More than 12,500 new rental units are in the pipeline in downtown Miami, about one-sixth of them coming online this year.

All of the buildings’ apartments have been spoken for since February, when pre-leasing began in earnest. Renters are moving in throughout this month.

Location is among the biggest lures of this transit-oriented development, which stands less than two blocks away from the Miami-Dade Metromover Omni Station. Other public transit stations are within walking distance, rendering neighborhoods like the Design District, Wynwood, Midtown and Miami Beach accessible within scant minutes’ time.

“We’re strong believers in transit-oriented development,” Melo Group Principal Carlos Melo told MHN. “Our firm prioritizes sites that are walkable and well-connected. Our developments address downtown Miami’s traffic congestion by promoting pedestrian traffic and encouraging use of public transportation as much as possible. While you still need a car to get around in Miami, at least you can use public transportation five days a week to get to and from work every day. We think that’s a good start.”

Melo Group is already at work planning its next downtown project, Square Station, which will stand next to Melody Tower and is slated to begin construction in the next few months.

“Acquiring prime land in Miami’s urban core at the optimal time has allowed us to offer competitive price points at our projects,” Melo said.

A good example is Melody Tower. With one bedrooms starting at $1,650 a month, Melody Tower offers renters attainable high-quality housing in the heart of downtown Miami, he said.