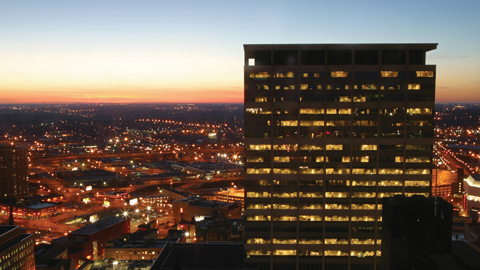 We’re barely into a new year and perhaps, just perhaps, what is perceived as the beginnings of an economic recovery. The proverbial lights at the end of the tunnel may seem like pinpricks, but lights they are, fledgling bright spots for multifamily investment in the new year. Those flickering opportunities include certain geographic areas and markets that have weathered the storm relatively well, as well as others that present more hidden opportunities.

“It’s most important in this economy to have an investment strategy already thought through,” says Hessam Nadji, managing director, Marcus & Millichap Real Estate Investment Services, Walnut, Calif. “There are many approaches, starting with stabilized quality assets in relatively safe markets, all the way down to value-add assets in tertiary ones.”

Nadji notes that each investor has to decide which category to play in, how much risk can be tolerated and an appropriate level of patience with the performance of capital. Given that, he adds, though last year began in uncertainty with investors sitting on the sidelines, it ended with renewed interest, in particular at the upper-end of the market—quality assets in primary markets and submarkets.

“Earlier in the year there had been much flight to safety, but now we’re seeing multiple bids from as many as 20 or 30 buyers for a single property in the upper tier,” Nadji says.

“From the perspective of opportunities, what might be considered a bright spot for one might be a challenging situation for another,” says Gleb Nechayev, senior economist with CB Richard Ellis. “But overall, if you can apply the more general criteria for a bright spot, that would be in an area that is characterized by a relatively stable housing market.”

That would not, Nechayev stresses, include areas that still suffer from high vacancy and foreclosure rates, such as much of Florida, Arizona, Nevada and areas of Southern California.

“It does vary from one part of the state to another, and even within metropolitan areas by submarket,” Nechayev says. But generally, he adds, significant investment opportunities do not exist “in areas with extremely high degrees of distress, such as in housing prices or vacant inventory in single-family and multifamily homes.”

Two of the biggest markets that stand out, because of their relative stability, are the Washington, D.C./Baltimore region and Boston, according to Greg Willett, vice president of research, MPF Research.

Willett also suggests that investors look at inherently healthy infrastructure, as much as to the fundamentals of housing performance. He cites such markets as Columbus, Ohio, and Pittsburgh, both with significant health services and government sectors that have weathered the economic downturn. Norfolk and Newport News, Va., both with major nearby military installations, also fall into this category. Orange County, Calif., although with plenty of available inventory on hand, also may stand on firmer footing because of the still strong local biotech industry.

Nadji also advises investors to acknowledge the “true meaning of supply constraint.” This pertains best, he notes, to those markets that not only have maintained decent occupancy rates, but that also have inherent barriers to new development, such as limited space or difficulty in gaining permit approval. He cites New York, Minneapolis, northern New Jersey, San Francisco, Los Angeles, Boston, Philadelphia and Washington, D.C., as key examples. These criteria may apply to most locations, coastal or otherwise, that are focused more on urban fill rather than sprawl.

Risky investment choices, based on still high vacancy rates, are Jacksonville, Fla. (13.3 percent), Phoenix (11.9 percent), Houston (11.8 percent), and Atlanta (11.1 percent). But even in severely hit markets such as these, there could be decent deals, experts say, in particular where banks have taken back condo-conversion disasters, offering them for sale at significant discounts. Here, local partners with experience may be called.

For example, Jacksonville offers stability in markets south of the St. Johns River, while foreclosure opportunities may exist in the severely hit north and west submarkets. Phoenix, another laggard overall, may be poised to experience population growth in its Gateway area because of new zoning allowing for dense mixed-use development.

And despite Atlanta’s high vacancy rate overall, Marcus & Millichap sees investment opportunities in the Roswell and Alpharetta submarkets, “where vacancy is tight and renter demand remains high.” And then, consider Florida. True, the perpetual comeback kid of the real estate market has been battered. But the state was most several impacted earlier than much of the rest of the country, onlookers note, and thus it’s closer to working its way out of the doldrums.

“Part of it is, in Florida you have developers who are used to market cycles and weren’t really caught off-guard,” Willett says. “Many made smart decisions about rental rates, and cut them by only 1 percent or 2 percent as occupancy diminished. Compare this with California; the first time occupancy went down, they cut rents 5 percent.”

Where are we going?

An alternate take on these kinds of fundamentals considers trends, where early signs of a comeback are most noticeable. MPF Research’s third-quarter 2009 analysis combines annual revenue change based on occupancy, in addition to effective rents. Here, the top performer was Louisville, Ky., followed by Norfolk, Va., Dayton, Ohio and Baltimore.

Faring most poorly by the trending yardstick were Seattle, Las Vegas, San Jose, CA, and San Francisco. Robust New York City actually is lumped in with struggling Phoenix by this standard.

The downside in calculating trends is how far a particular market had to go. New York (despite severe financial-sector job losses) and San Francisco have weathered the housing storms relatively well from their lofty perches, and perhaps shouldn’t be penalized for not getting even loftier. Still, trends have the advantage of uncovering sleeping potential.

“San Antonio and the Washington, D.C./Baltimore area are expected to finish on top for the year,” Willett adds.

“The only major cities with positive changes in employment in the last eight quarters were Austin (a little under 3 percent), Fort Worth, Texas (about half a percent), and Washington, D.C. (about a quarter of 1 percent),” says Gronowetter. “More employed people means more people paying rent on time.”

“There is a direct correlation between the unemployment rate and the multifamily vacancy rate,” Gronowetter says. “If you follow the job trends, rent trends will be close behind.”

The year 2010 will probably not see much increased multifamily inventory. According to CB Richard Ellis, a new record low will be set this year in multifamily permits, of something below 100,000 nationwide, breaking the previous one-year record low level of 127,000 units in 1993. Over the past decade, the average was in the neighborhood of 250,000 to 300,000 new units per year. The paltry level of new inventory coming on the market may serve to enhance the value of existing product.

Still, new construction, however sparse, is something investors should keep an eye on closely, says Nechayev. “New construction may present an investment opportunity, but it also could present a supply risk,” Nechayev adds. “If you’re thinking of investing in an existing property, and you suddenly learn about a new development next door, you’d obviously have to assess how that would affect your investment.”

Of other markets, Hendricks and Partners project that Chicago will experience increasing job losses, slightly falling rents and vacancies approaching 6.5 percent. The lower rent is due to some 6,000 new condo units, primarily downtown, that may flip to rental units to make up for flagging sales. Nevertheless, the Oak Park submarket could experience growing renter demand as expansion continues on the Rush University Medical Center, says Marcus & Millichap.

Other key Midwest market leaders are Minneapolis, among the low-vacancy-rate leaders at 4.9 percent for the third quarter of 2009, and Milwaukee, at 5 percent, according to Marcus & Millichap.

The brokerage firm raised Minneapolis up 14 places on its 2009 National Apartment Index, because of scarcity of product and rent increases. The firm suggests that patient investors may want to take a look at development or acquisitions along or near Minneapolis’ pending Northstar Commuter Rail and Central Corridor Light Rail, or areas within the Dakota County submarket, poised for population growth and with currently limited inventory.

Marcus & Millichap raised Denver two places in its National Apartment Index, based on prospects for healthy rent growth despite modest job losses. The brokerage notes that the outlying Louisville and Boulder markets, driven by a new corporate presence and a large student population, respectively, could be attractive for investment.

“The Denver market has taken a hit on revenue, but that’s more tied to overbuilding,” agrees MPF’s Willett. “It’s a market with significant upside potential.”