The 428-unit ARC features luxury amenities such as a salt-water pool, bocce courts and a greenhouse. 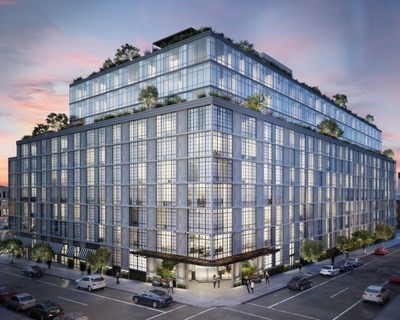 Real estate investor and developer Lightstone has completed ARC, a 428-unit apartment property at 30-02 39th Ave. in the Dutch Kills section of Long Island City in Queens. The property is available for immediate occupancy.

Residences at ARC include a mix of studios and one-bedroom, and two-bedroom apartments, all of which feature nine-foot ceilings, casement-style floor-to-ceiling windows and in-wall heat pumps with remote digital thermostats.

ARC offers a private courtyard park with a greenhouse for year-round gardening and private events, as well as a residential lounge, library, club room, game room, private and collaborative workspaces, and a catering kitchen. A full-time lifestyle director manages the building’s amenity program.