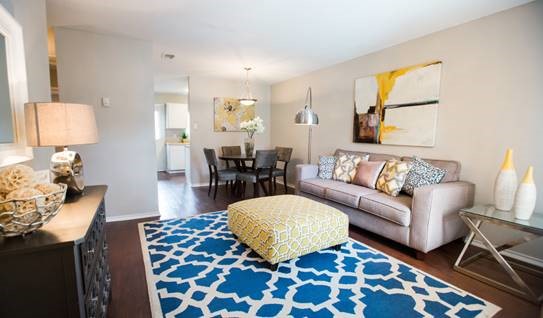 Madera Residential has acquired Hillstone on the Trail and Hillstone Trinity Oaks, two multifamily communities in Benrook, Texas, from Leon Capital Group, which acquired both properties three years ago.

The two properties were initially built in 1980. Since buying them in June of 2015, Leon Capital Group made a series of upgrades.

“Leon Capital Group believes in transforming communities for the better,” Chance Taylor, Leon Capital Group’s vice president, multifamily, told MHN. “We want to have a positive impact during the ownership process and believe the changes made to these properties will help the community continue to thrive.”

Among the changes were remodeling all floorplans by adding wood flooring, brushed nickel hardware, and putting in better appliances. Additionally, both properties saw exterior renovations completed, with stone façades being added, as well as resort-style swimming pools and amenity areas.

Located at 5707 Bellaire Dr., Hillstone on the Trail consists of 168 units, while Hillstone Trinity Oaks consists of 166 units, minutes away at 5608 Royal Lane. Both offer one- and two-bedroom units.

Both are just five minutes from Texas Christian University, the Fort Worth Stockyards, the Modern Art Museum of Fort Worth, Botanic Garden and other many other attractions, and are walking distance to the new Waterside development.

An Oasis for Outdoor Enthusiasts

Hillstone on the Trail and Hillstone Trinity Oaks are in the heart of the expansive growth of the Southwest Fort Worth corridor. Both are next to the Trinity River Walking Trails, providing a great fit for bicyclists, runners and other fitness enthusiasts. Both are also about a mile from the Trinity River.

“The properties offer renters an affordable solution in modernized communities that are within close proximity to new amenities along the Chisolm Trail Parkway expansion providing convenient access for outdoor activities such as paddle boarding, running, biking and walking,” Taylor said. “They are within minutes of Waterside and The Shops at Clearfork, which offer significant entertainment, shopping and dining options.”

According to Taylor, Leon Capital Group was well aware of the growth potential of the area when the two properties were originally purchased.

“When we acquired these assets, the business plan took into account the tremendous growth along the Chisolm Trail Parkway and all of the amenities that were coming with it,” he said.

Both companies in the transaction have been involved in noteworthy deals in Texas this year. In July, Madera Residential received $81.8 million in bridge financing for the acquisition and repositioning of two Garland, Texas-based garden-style multifamily properties. While Leon Capital Group recently sold Shops at MacArthur Hills, a 75,400-square-foot property in Irving to Clarion Partners.