The developers expect to break ground next summer on a 168-unit project in the city's Marina District. 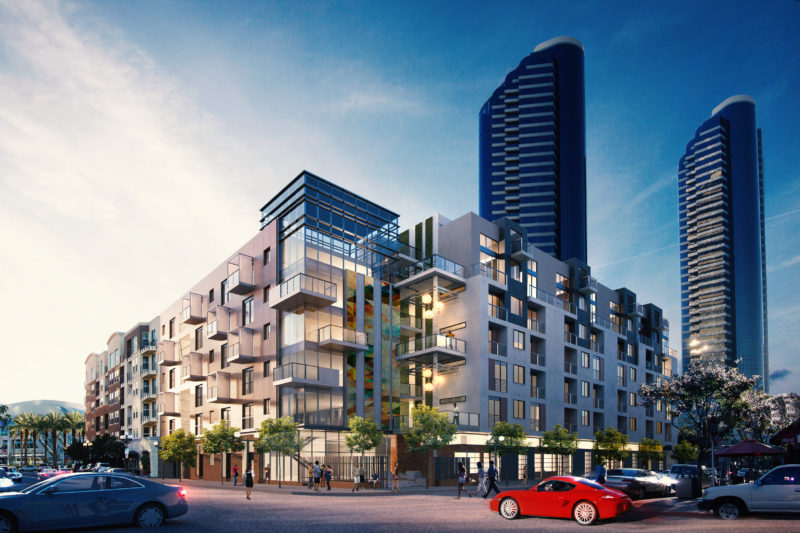 San Diego—Legacy Partners has teamed up with The Resmark Cos. for the development of Marina District Apartments, a multifamily property in downtown San Diego. The 168-unit building will include studios, one- and two-bedroom apartments featuring premium kitchens, finishes and appliances.

“This living space is smart, and designed specifically for progressive people seeking efficient, friendly space in the heart of the city,” said Tim O’Brien, senior managing director of Legacy’s southwest region, in a statement.

Carrier Johnson+Culture is designing the five-story residential building, which will be located at 372 4th Ave.

Amenities will include a clubhouse, two courtyards, a pool, spa, fire pits and outdoor seating. Residents will have a 360-degree view of the city from two rooftop decks and access to a fitness center with an attached loft.

In addition, the Marina District project will feature 1,300 square feet of ground-level retail and a secure garage entrance.

Construction is expected to start in summer 2017 and is slated for completion two years later.

Rendering courtesy of The Resmark Cos.