A partnership between L+M Development Partners and Bell Urban, the New York City Department of Housing Preservation and Development, the Housing Development Corporation and the U.S. Department of Veterans Affairs and its partners, have announced the debut of the Crown Heights Brooklyn mixed-use project, Utica Place.

Brooklyn, New York—A partnership between L+M Development Partners and Bell Urban LLC, the New York City Department of Housing Preservation and Development (HDP), the Housing Development Corporation (HDC) and the U.S. Department of Veterans Affairs (VA) and its partners, have announced the debut of the Crown Heights Brooklyn mixed-use project, Utica Place. The residential component’s 87 units are designated as affordable housing, 26 of which are exclusively reserved for veterans.

“Utica Place is a new addition to this community and will offer affordable, quality housing,” says Ron Moelis, CEO and founder of L+M Development Partners. “Providing homes for veterans was a priority for us and a way to say thank you. It has brought new retail to Crown Heights, and space for St. Matthews Church, a longtime institution in this community. Together, Utica is not just about new housing; it’s about being part of the neighborhood.”

Veterans living at Utica Place will have access to services provided by Jericho Project, a New York-based nonprofit that has a 31-year history of working to end homelessness by working to provide solutions such as supportive housing and comprehensive services including employment and mental health support and family reunification.

“The Jericho Project is honored to be part of this visionary program to provide veterans with the services to help them regain their civilian lives with dignity,” says Jericho Project Executive Director Tori Lyon. “Thanks to L+M Development Partners and Bell Urban LLC, Utica Place will enable veterans to have the stability and support they so richly deserve.” 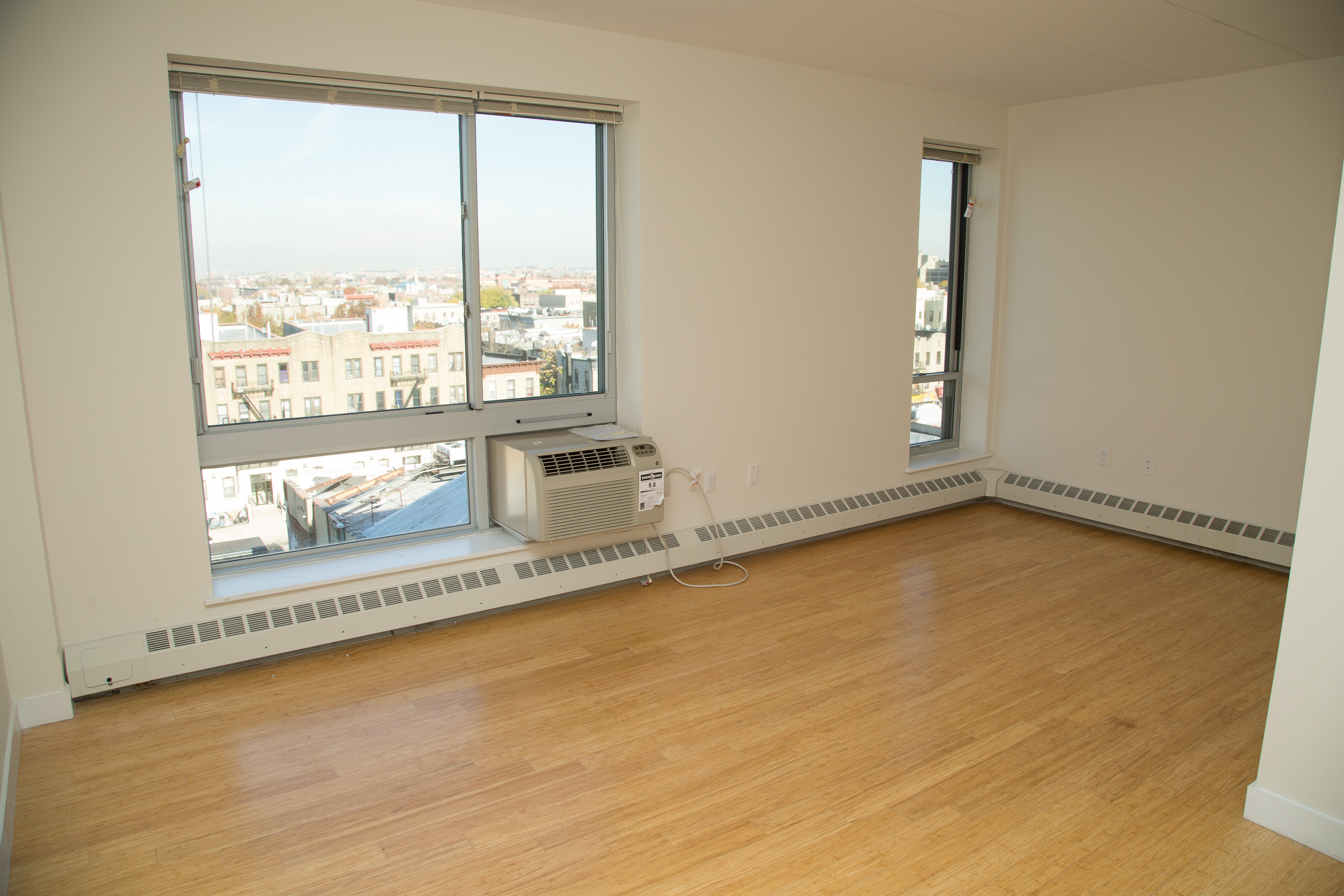 The development includes a mix of studio, one-, two- and three-bedroom apartments that range from $494 to $1,175, respectively, and all units are available to households at or below the AMI, which translates to $18,618 to $50,340 depending on household size. The unit spread includes 18 units that are preferred for veterans earning less than 40 percent of the AMI, as well as another eight that are available as VASH units, which are project-based vouchers for homeless veterans provided by HUD and referred by the VA.

All units at the property are available via the Open Lottery System to ensure fair and equitable distribution of housing to eligible applicants and the lottery for Utica Place, which received more than 38,000 applications, closed on May 13, 2014.

“The City is committed to the national goal to end homelessness among veterans by 2015,” says HDC President Gary Rodney. “In order to achieve this goal, creating affordable homes and stabilizing communities with non-profits such as Jericho Project, will assist in strategizing our veterans with community service providers and appropriate housing options. We are glad Utica Place shares many key attributes with Housing New York. I would like to thank all of our partners in the public and private sector for all their continuous efforts in creating and providing quality affordable housing for all New Yorkers.”

The cost to develop Utica Place was about $26.5 million. Funding came from several sources including $1.3 million in City Capital and $2.3 million in HOME Funds from HPD, as well as HDC’s provisions of $13.3 million in Tax Exempt Bonds and $5.6 million in subsidy from its corporate reserves. Bank of America served as the lender.