Working on behalf of The Hampshire Cos., Claremont Cos. and Circle Squared Alternative Investments, JLL secured the loan for a mixed-use development in the center of Jersey City’s emerging University Place neighborhood. 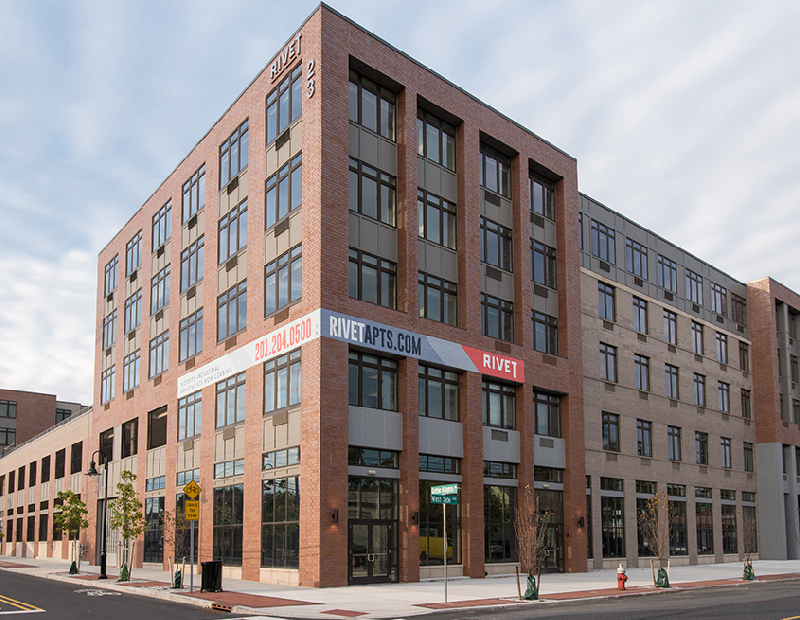 The Hampshire Cos., Claremont Cos. and Circle Squared Alternative Investments have received $42.5 million in financing for RIVET, a development that features 163 housing units and approximately 10,000 square feet of retail space in the center of the University Place portion of New Jersey City University (NJCU) in Jersey City.

The transaction followed mere days after JLL arranged the $58 million sale of Tupelo Alley, a 188-unit community in Portland, Ore. The firm also secured a $38.7 acquisition loan on behalf of the buyer.

Situated less than a half mile west of the NJCU campus at 23 University Place Blvd., RIVET features a 177-space parking garage along with apartments and first-floor retail. The retail portion is leased by such commercial tenants as Five Guys, Carvel, Cuteticles Nail & Spa and University Place Pharmacy. RIVET’s occupancy stands at 75.5 percent, according to Yardi Matrix.

Topping the list of amenities at the apartment community is a fitness center with Fitness on Demand. The apartment community features a mix of studios, one-bedroom and two-bedroom apartments ranging in size from 466 to 1,358 square feet. Among apartment features and finishes are above-standard ceiling height, in-unit washers and dryers, high-speed Internet access and microwave ovens in all units.

Situated within minutes of two commuter rail stations and five transit and subway stations, RIVET is only steps from the West Side Avenue light rail station.