Jefferson Vista Canyon, a 480-unit apartment community in the master-planned Vista Canyon in California, is slated for completion in 2020. 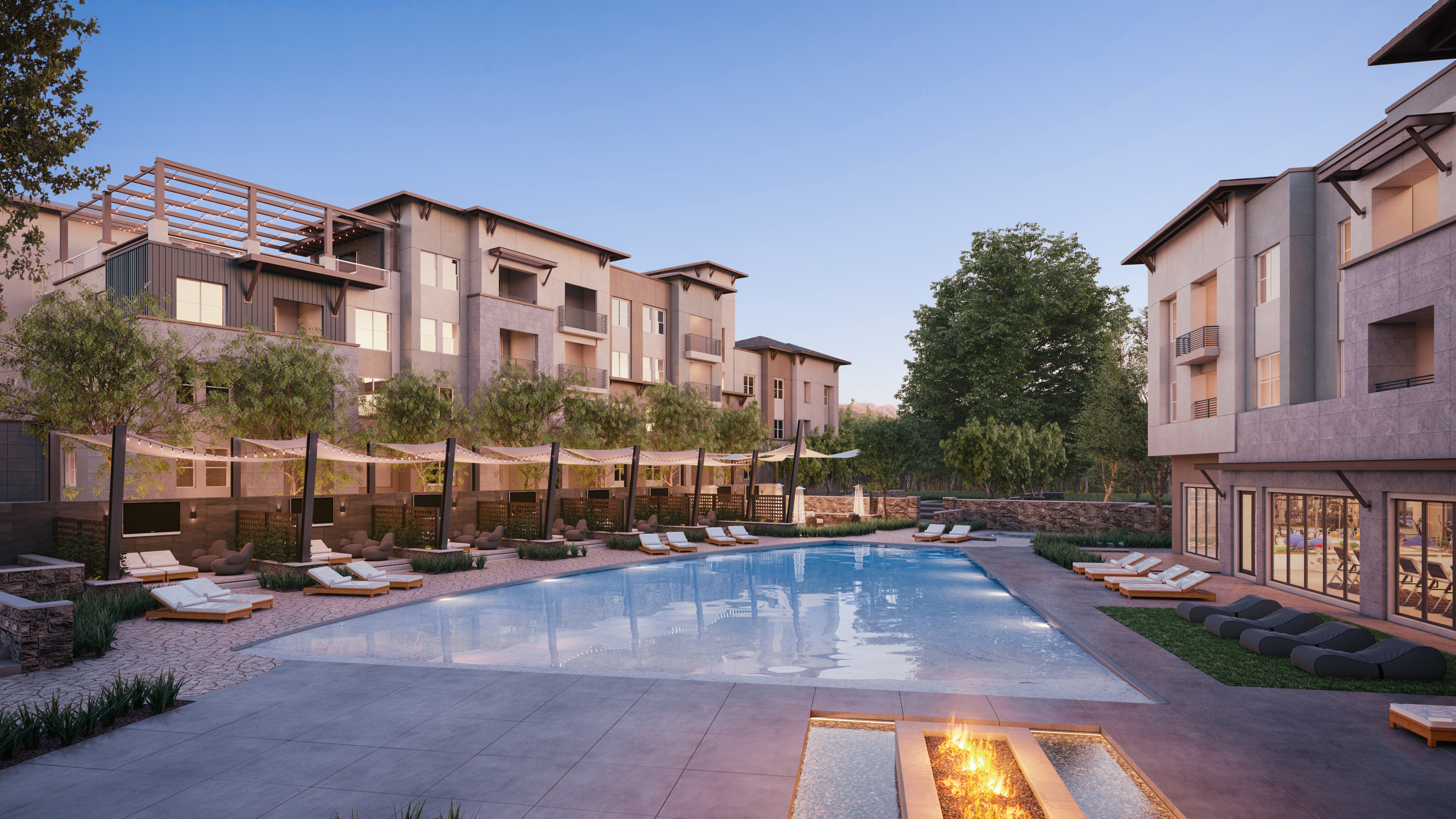 JPI, a multifamily specialist based in Irving, Texas, is planning to develop Jefferson Vista Canyon, a 480-unit apartment community in the master-planned Vista Canyon in Santa Clarita, Calif. The property, which will offer studios and one-, two- and three-bedroom unit, is slated for completion in 2020.

Common amenities will include access to Vista Canyon’s seven-mile system of bike, pedestrian and equestrian paths, two resort-style pools, with spas and cabanas featuring large-screen TVs, and two fitness centers that incorporate multiuse studios for yoga and spin classes. There will be a rooftop deck with a barbecue area and fire pit, along with a dog park and dog washing station

The property will also feature a clubhouse with a vaulted skylight system, two-way fireplace and an entertainment kitchen “speakeasy” lounge. The lounge will sport high-top bars with a Kegerator, wine refrigerator, multiple flat-screen TVs, a pool table, shuffleboard and a multisport simulator.

JPI is an active developer in California. Besides Jefferson Vista Canyon, the company is working on Jefferson Pacific Beach, a 172-unit, mixed-used development adjacent to Mission Bay in San Diego, and Jefferson Stadium Park, a 1,079-unit apartment community in Anaheim’s Platinum Triangle.

Located on 185 acres 35 miles from downtown Los Angeles, Santa Clarita’s Vista Canyon is a mixed-use, transit-oriented community that will include a new intermodal transit station, which includes the Metrolink commuter rail at its center and links to local bus lines.

Work began in January on the 56,000-square-foot, three-story Lincoln Place office building in Vista Canyon. It is the first of six such buildings planned for the Town Square area and will open by the end of 2018. A mix of retail and services will open on the ground level soon after.