The city’s housing authority will use the funds to execute a $14.5 million renovation program. 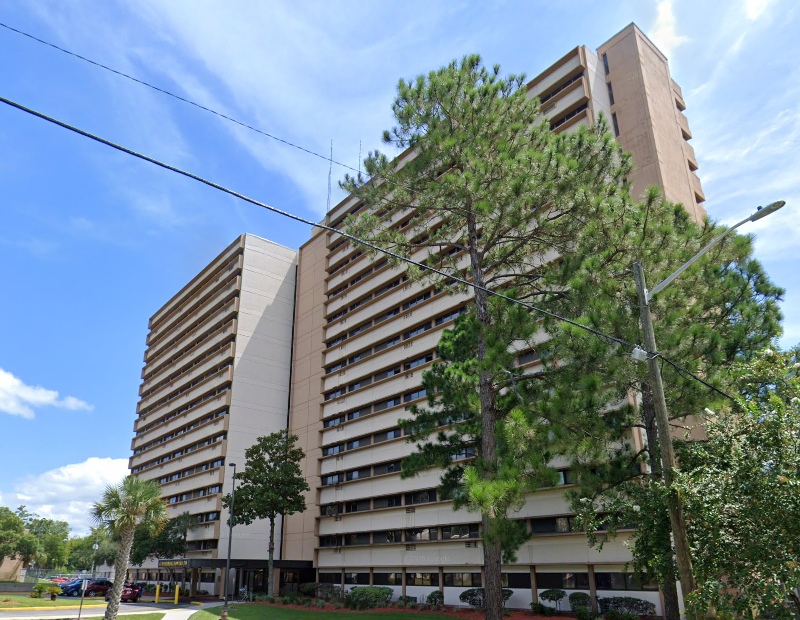 The Jacksonville Housing Authority has received an $18.3 million loan for Centennial Towers, a 208-unit affordable senior living community in Jacksonville, Fla. Bank of America provided the refinancing package, according to Duval County records.

In addition to the senior note, the authority also originated a $4.5 million self-financed loan and received a $133,000 mortgage from Neighborhood Lending Partners of Florida. In June, the owner partnered with The Vestcor Cos. to implement a $14.5 million capital improvement plan, according to Jacksonville Daily Record.

Completed in 1977, the 14-story building occupies a 6-acre parcel at 230 E. First St. The community has 950-square-foot one-bedroom apartments. Amenities include laundry facilities, a community center and a garden. The property is across the street from the Mary L. Singleton Senior Center and a short distance from downtown Jacksonville.

In July, The Vestcor Cos. received $19 million in bond financing for the development of Sydney Trace Apartments, a 192-unit affordable project in Jacksonville, Fla. The company tapped Summit Contracting Group to serve as the general contractor for the development.