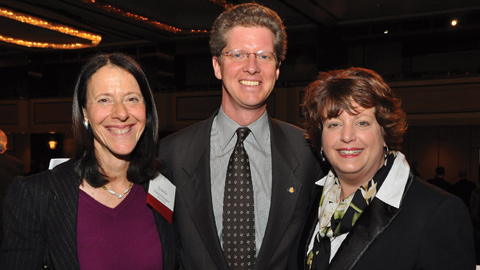 Donovan recounted that he had walked into the previous year’s NYHC/NHC luncheon having just received news that he was going be the next HUD secretary. In his speech, Donovan cited HUD’s commitment to change. He also reported that the foreclosure rate is down, home prices are up and the federal government is forcing lenders to act faster to modify the terms of troubled home loans.