The grants were awarded to more than 1,200 local homeless housing and service programs across the United States and Puerto Rico. 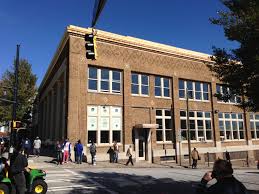 Washington, D.C.—U.S. Department of Housing and Urban Development (HUD) secretary Julian Castro has awarded $355 million in Continuum of Care (CoC) grants to more than 1,200 local homeless housing and service programs across the United States and Puerto Rico. CoC grants support the administration of President Obama in its initiative to end homelessness in the United States. The grants also build upon $1.6 billion in funding awarded by HUD in a first round of funding in March.

In both local and national terms, the Fiscal Year 2015 CoC grants competition was the most competitive in history. It is HUD’s policy to not simply fund renewals, but to grow competition for CoCs and rigorously review performance.

Local applicants were strongly encouraged by HUD to prioritize their funding requests very carefully, using a mix of performance data and local needs. Projects based on research-driven approaches and supporting the nation’s goals to bring an end to homelessness were also encouraged. New projects will provide permanent supportive housing and rapid re-housing solutions for individuals facing homelessness.

Communities are striving to assess the needs of people experiencing homelessness. They are also reallocating funding to ensure the most rapid path to homes for the homeless. These are evident from the study, said Matthew Doherty, executive director of the U.S. Interagency Council on Homelessness. “We applaud communities across the country for their commitment to ending homelessness for everyone once and for all, and know that these investments are critical for fulfilling those commitments,” he added.

The awards recently announced, as well as those awarded in March, should help HUD and the U.S. Interagency Council on Homelessness advance the nation’s first-ever comprehensive strategy to prevent and end homelessness, HUD said in a statement.

HUD estimated there were approximately 565,000 people homeless on a single night in 2015. In the past six years, a reduction of 72,000 people, or 11 percent, in overall homelessness has been reported by local communities nationwide. Veteran homelessness dropped by 36 percent, chronic homeless by 22 percent and family homelessness by 19 percent over the same period.

According to Castro, the solutions to ending homelessness are known.

“These grants support local programs that are proven to prevent and end homelessness as we’ve come to know it,” he added. “As we continue to make progress toward ending homelessness in this country, HUD is challenging communities to use more cost-effective solutions to help those experiencing homelessness.”