The worst of the bottleneck may be over, but higher prices and labor issues are making the situation worse.

The supply-chain issues that have plagued multifamily owners and operators since the start of the COVID-19 pandemic have eased in recent months. But industry executives report that lingering delays are now compounded by inflation-induced increases in the cost of materials and labor challenges. 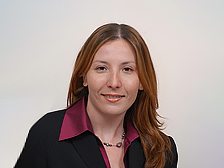 The ongoing challenges have forced value-add players in particular to get creative and change how they procure materials. While some companies already have their own construction divisions for their remodeling projects, others have begun doing more work in house to help keep costs and wait times down.

ZMR Capital, which owns more than 7,000 apartment homes in Florida, Georgia, Arizona and Texas and recently entered the Las Vegas market, is paying about 20 percent to 25 percent more per unit for renovations, Kazi said.

Joe Goldstein, managing partner of Beverly Hills, Calif.-based Concord Real Estate Services, said it costs 30 percent to 40 percent more to remodel a one-bedroom apartment now than it did in February 2020 before the COVID-19 pandemic hit. Concord owns and/or manages about 5,000 units mostly in small apartment buildings in the Los Angeles area as well as Dallas. The company handles its own construction and financing in house with a construction team of about 40 and a team of subcontractors.

“The biggest challenge in the supply chain was obviously costs going up and underwriting costs for a $900 set of appliances and then you turn around and that same set of appliances is $1,600,” said Goldstein. “And you underwrite flooring to cost you $1.25 per square foot and the same flooring costs you $2.50 a foot.”

Goldstein said the company, which sat on the sidelines in the early part of the pandemic, acquired about 1,000 apartments in the past year. “But we were underwriting up,” he said. “We knew where the pricing was going. For us it’s all about planning. As long as we were able to project that things would cost this much more, the deal still penciled.”

Higher prices for both materials and labor are also pushing up the bidding for value-add multifamily acquisitions by at least 20 percent, according to Brennen Degner, CEO, managing partner & co-founder of DB Capital Management.

Headquartered in Denver, DB Capital is a vertically integrated real estate investment group with more than 3,000 multifamily units valued at more than $600 million under management across the United States. DB Capital has its own in-house general contracting firm, Peak Renovations, which gets about 80 percent of its revenues from DB Capital’s project and handles much of the purchasing.

“When we’re developing the budgets in those business plans, we’ve seen those numbers just continue to creep up and up and up,” he told MHN. “A lot of it is on the labor side. The labor side has been as challenging as, if not more challenging, than anything we’re seeing on the supply side. The supply of labor has been an ongoing battle for us.” 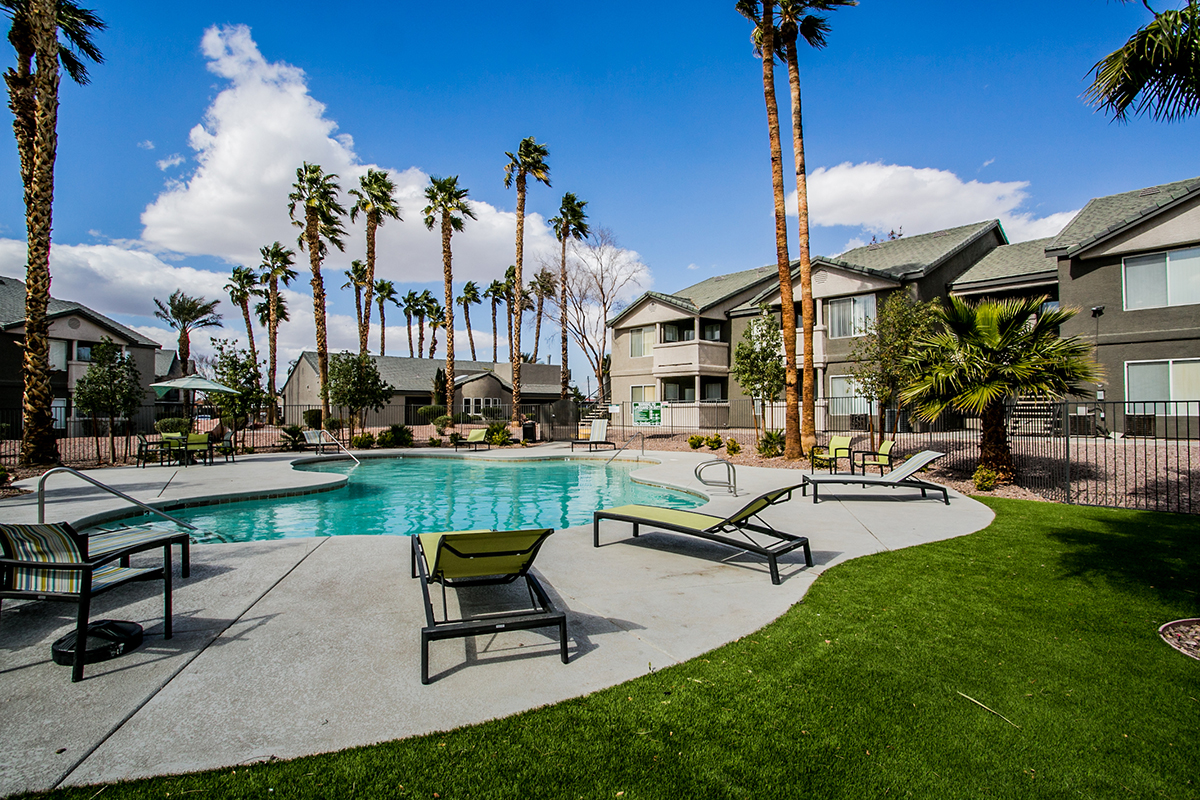 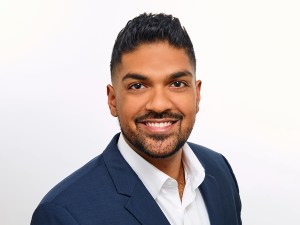 The survey also found that construction delays continue to be a problem, with 90 percent of respondents experiencing delays for a variety of reasons including 53 percent reporting materials sourcing and 41 percent citing economic uncertainty as a contributing factor to delayed starts. Seventy-six percent said they had to reprice deals up an average of 9 percent.

Paula Cino, NMHC vice president, construction, development and land use policy, said it looks like the spring and summer “seem to be a high-water mark” in terms of unpredictability and volatility.

“When we look at our September survey, we do see some deceleration in price escalation,” Cino said. “There are certainly prices of certain materials that have continued to increase in price and we’ve seen some tightening of availability in specific materials, but we’ve also seen broader loosening of the supply chain.”

But it could be too early to say if there will be a continued downward trend or if some bumpiness is still to be expected when it comes to supply-chain availability and pricing. She said going forward issues could be more material specific than several months ago “when we were just seeing escalations across the board.”

The price of lumber, which skyrocketed in 2021, is an example where there has been an ebb and flow in recent months, Cino said.

Respondents in the September survey reported an average drop in lumber prices for the second straight quarter, down 2 percent over the previous three months. Those consecutive quarters of decline came after a 45 percent reported average increase in the first quarter of 2022. By comparison, the June 2021 NMHC construction survey found on average respondents had experienced a 201 percent price increase in lumber costs over the course of a year.

Real estate and construction attorney Barry LePatner, principal of LePatner & Associates LLP, noted the lumber market prices spiked in May 2021, when they had increased 400 percent over the previous year. 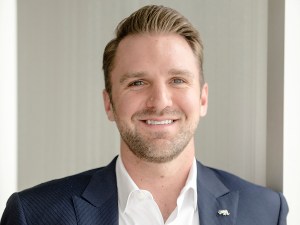 “That’s an incredible assault on the market,” LePatner said. “Prices have been slowly adjusting, but supply has been limited because the industry has not been able to get back out there and do a lot of harvesting and governments have put limits on harvesting. So, they can’t meet these needs and there’s only a finite number of mills to begin with.”

The NMHC construction survey found prices for other essential products had increased but at the same or lower rates than in previous quarter, including a 12 percent increase in electrical components. The report found 51 percent of respondents changed schedules to mitigate price increases or supply shortages of electrical components.

While the shortage impacts multifamily developers building new construction more than owner-operators who are doing renovations, Cino said it’s increasingly an issue being raised by members. And it could impact those property owners doing gut rehabs or large-scale renovations.

The National Association of Home Builders was so concerned about the shortage of electrical components it sent a letter to President Joe Biden on Oct. 17 calling attention to an increasingly dire situation they feared would become even more of a problem in the wake of Hurricane Ian. Also signing the letter were the Associated Builders and Contractors, Association of General Contractors and Independent Electrical Contractors.

Degner said they have seen “isolated incidents” with shortages of electrical components, but it’s not had a major impact on DB Capital’s business. 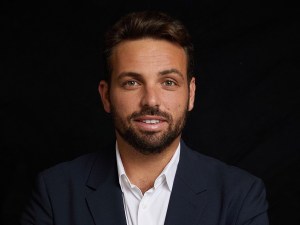 “We’ve turned around older buildings where we had to upgrade the electrical infrastructure but that’s a pretty finite amount of our scope of work,” Degner told MHN. “It’s not something that is keeping me up at night like the appliances were at one point.”

In the NMHC survey, respondents reported an average 6 percent increase in the price of appliances and 32 percent said they had to use alternative products, down from 40 percent in June and 45 percent in March. In other common materials used to renovate apartments, the survey found 32 percent of respondents had to substitute products for hardware items, including cabinet hardware, and 49 percent had to find alternative light fixtures.

Goldstein said the wait for appliances has improved. Prices, however, he said, are about 30 percent higher than pre-pandemic. Concord pivoted from using a local supplier to a national supplier that could buy appliances in bulk. For routine maintenance, they took inventory of all their systems, such as HVAC units, and began pre-ordering supplies of common parts. They created stockrooms at every site with inventory they believed were the most important and became more diligent about preventative maintenance.

ZMR Capital began buying in bulk, straight from the manufacturer. “It helps when you’re buying things at scale. They put you to the top of the list,” he said.

While buying in bulk is working for Concord and ZMR Capital, DB Capital is making fewer bulk purchases.

“Economies of scale don’t seem to exist right now,” he said. “Your best deals are found on a one-off basis. A lot of our suppliers just can’t provide things in bulk. It feels like it should have been worked out by now but candidly, it hasn’t. It’s just really hard to plan.”

While timelines to receive items like appliances have improved since the height of the pandemic, going from months to weeks, Degner said the lag time is still slowing down turnover of apartments.

“Sometimes we’ll experience move-in delays simply because we’re waiting for those cabinet faces to show up,” he said. 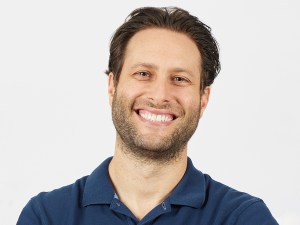 Aaron Cohen, chief operating officer at Los Angeles-based CGI+ Real Estate Investments, said the supply-chain issues have forced the private real estate investment firm to become more creative. They seek alternatives that have the same aesthetics, but they keep costs inline by doing much of the work in house, using different vendors, sourcing some things locally or even from Amazon.

In some cases, when sourcing materials, the gap between luxury and ultra-luxurious materials has shrunk to a certain extent, Cohen said.

CGI+ also orders materials further in advance, 60 to 75 days vs. the previous 35 to 48 days. But he doesn’t want to do bulk ordering for several reasons: Prices may soon flatten or go down, he likes the ability to change up a renovation and lastly, he worries about theft if there is a large overstock of materials on hand.

Cino said there are some lessons learned by the multifamily industry about supply-chain redundancy and being able to pivot when faced with shortages or delays.

“There are certain solutions that may continue going forward in terms of pre-purchasing supplies and warehousing that may outlive this COVID period,” she said. “People may just think that, as a good risk management and good insulation against unavailability and price increases, this may make sense.”