The SpringBrook Apartments is a garden-style community located in the suburb of Fridley, Minn. 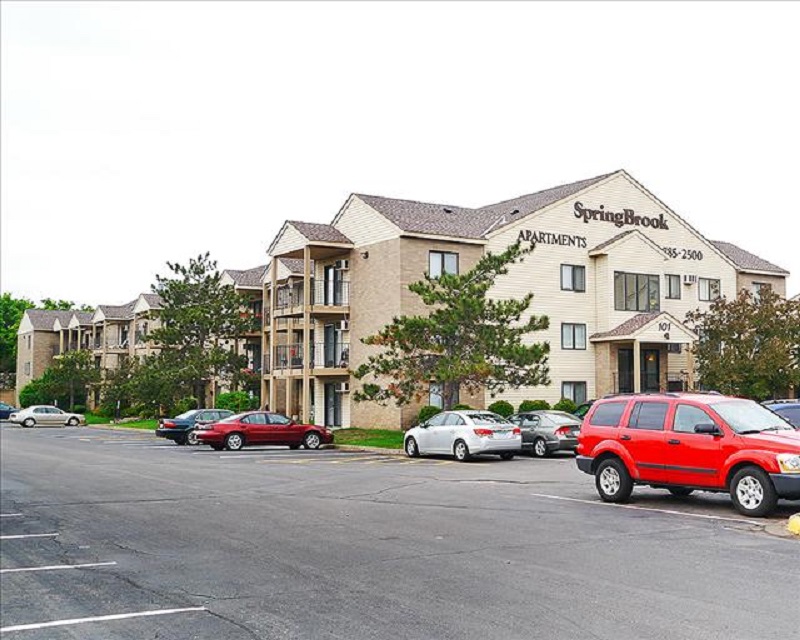 The property comprises nine, three-story apartment buildings with one-, two-, three- and four-bedroom units, which, according to Yardi Matrix, include amenities such as a business center, a clubhouse, two swimming pools and fitness center, as well as a tennis court, a volleyball court and a basketball court. SpringBrook Apartments is located at 111 83rd Ave. NE in Fridley, Minn., approximately five miles north of Minneapolis. The property is accessible to the Twin Cities metropolitan area via nearby State Highways 47 and 65 and Interstates 610 and 694.

“The HFF team delivered the product that matched our group’s requirements for this core holding,” a representative from University Avenue Associates LLP, said. “HFF’s service–from the initial number crunching, to marketing and negotiations, through closing–was top-notch.”

As of November 2016, the community boasts an occupancy rate of 97 percent, according to Yardi Matrix data.