The companies formed a joint venture to acquire and renovate The Curve, a 350-bed property serving four major universities. 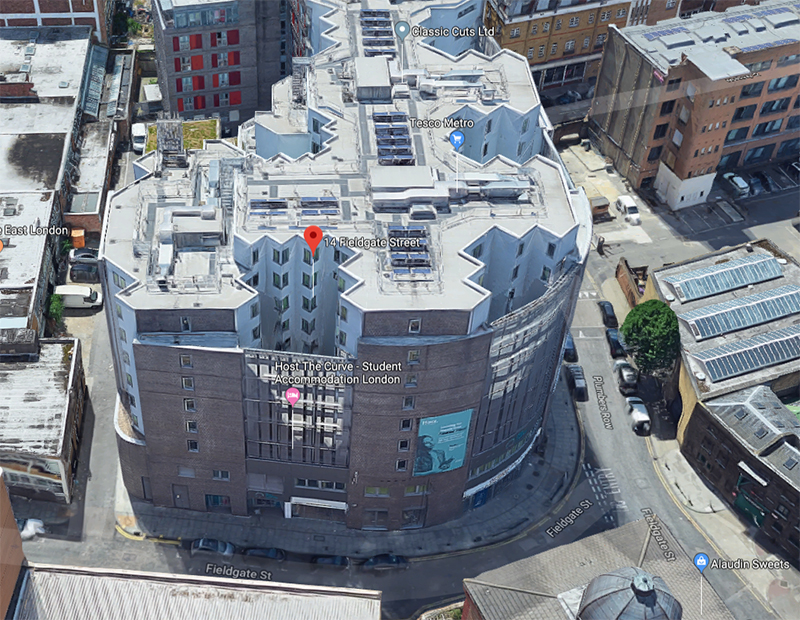 The nine-story residential tower is located at 14 Fieldgate St. in the Whitechapel neighborhood within East End. The property has easy access to four leading institutions of higher learning, which are all within a roughly 2-mile radius: Queen Mary University, City University, King’s College London and The London School of Economics. Also nearby are the hipster destination of Shoreditch and the City of London business district.

The partners plan to refurbish all rooms and common areas of the building, which features 266 studios and 84 en-suite beds. Common amenities include 24-hour security, a gym, theater room and kitchen, study and communal spaces and libraries. The property also offers outdoor space and a Tesco Metro store on the ground floor.

The UK is the second-largest market for purpose-built student accommodation outside of North America, with a sector currently valued at more than $86 billion, according to a June report by Knight Frank. Full-time undergraduate numbers are projected to rise by 15 percent between now and 2030.

Harrison Street, which invests in alternative real assets, manages nearly 15,000 student housing beds in Europe and has committed more than $12.3 billion to more than 180,000 student beds across Europe and the U.S.

GSA operates in major university centers in eight countries across Europe and Asia Pacific. In 2016, the company partnered with Singaporean sovereign wealth fund GIC to expand its portfolio in the UK and venture into the German student housing market.