The company acquired the landmarked property, built in 1910 as Public Bath No. 7, in 2014, then undertook and completed a substantial renovation of the Renaissance Revival-style structure. 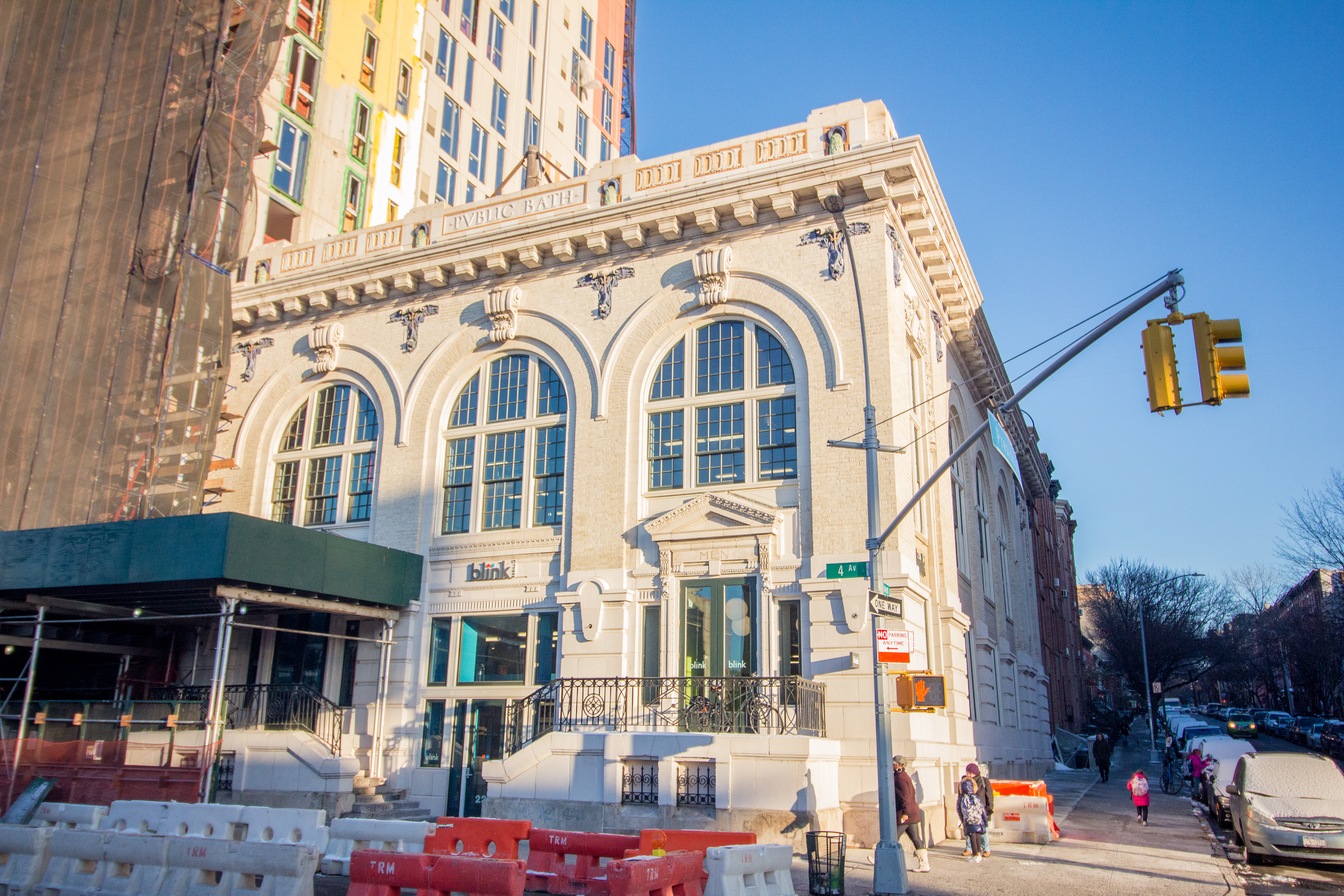 “We originally acquired 227 4th Avenue as an accompaniment to the development site next door, 225 4th Avenue, and the idea [was] to leverage the air rights,” Thomas Ryan, head of Greystone Development, told MHN.

“We discovered what a gem the structure was and invested almost $5 million in a significant restoration and renovation process. The initial plan was to convert the structure into condos for a return, but the plans didn’t work for that use in the end. We reverted back to its original use as a gymnasium, investing more than originally expected in the process, but we placed a high value on the air rights for our development next door.”

Greystone acquired the landmarked property, built in 1910 as Public Bath No. 7, in 2014, then undertook and completed a substantial renovation of the Renaissance Revival-style structure. Situated between President and Union Streets in Brooklyn, the property’s entire 16,700 square feet of space has been leased long term since 2017 to Blink Fitness.

As well, the colorful and intricate ornamental details, among them nautical-themed carvings and elaborate cornice, were restored and revitalized.

“Greystone is well-versed in landmark structures and restoration, so this was a welcome challenge,” Ryan said. “The existing façade was literally crumbling, so we were thrilled to bring this gem of a landmark back to its original beauty. The bathhouse is a well-known landmark in Park Slope . . . and we are proud to have led the award-winning restoration.”

“The air rights for the adjacent site were quite valuable to us,” Ryan reported. “We transferred about 20,000 square feet to our 63-unit residential apartment building next door. The renovation was extensive but necessary, so we are glad to have guided the process full circle and led this beautiful landmark’s permanent place in the Park Slope community.”

Ofer Cohen of TerraCRG brokered the deal on behalf of Greystone. Brian Flanagan of Sterling Project Development managed the acquisition for the buyer.

Greystone Development is currently at work on the ground-up construction of a neighboring multifamily property, 223 4th Avenue. That property will feature 63 units and a broad array of modern amenities. It is scheduled to commence leasing this summer.