The Greysteel Company announced the appointment of Doug Banerjee to the company’s Executive Committee. 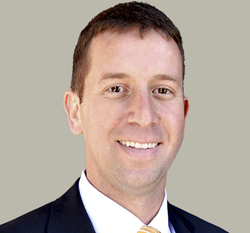 Bethesda, Md.—The Greysteel Company announced the appointment of Doug Banerjee to the company’s Executive Committee. Banerjee, who is based in the Dallas-Fort Worth office of the company’s wholly owned subsidiary, Greysteel Texas, specializes in investment advisory services and dispositions of multifamily properties and portfolios in North Texas and the South Central United States.

Prior to joining Greysteel, Banerjee was an investment professional in the Dallas-Fort Worth office of a national real estate investment services firm where he focused on advisory and disposition services for multifamily properties in the South Central states. Before that, he spent six years as a consultant with Accenture and Deloitte, two of the most highly regarded consulting firms in the world. Banerjee attended Virginia Tech where he earned a bachelor’s degree in Materials Science and Engineering.