The first phase of residential units has been completed at The Depot at Nickel Plate, a mixed-used development in Fishers, a suburb of Indianapolis. 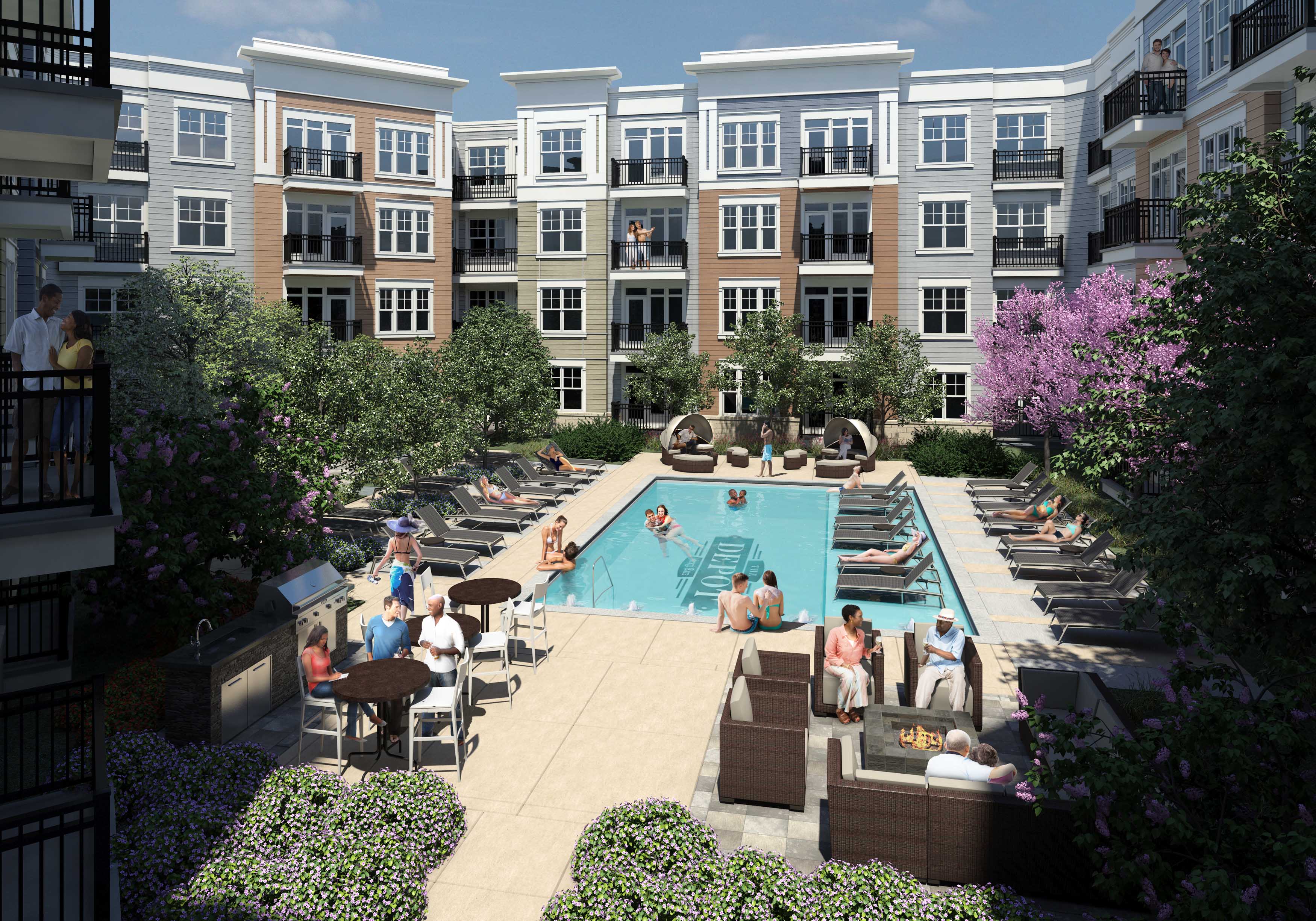 Fishers, Ind.—The first phase of residential units has been completed at The Depot at Nickel Plate, a mixed-used development in Fishers, a suburb of Indianapolis. More units are slated for completion in the early months of 2015, according to developer Flaherty & Collins Properties, plus the retail portion of the community.

The property, which broke ground in the fall of 2013, provides a blend of residential and retail uses in a pedestrian-friendly setting in downtown Fishers. It includes 242 residential units along with 17,000 square feet of retail space, construction of which is to be completed in April. The Depot also includes 430 structured parking spaces.

Common amenities include a health club with Fitness On Demand and a Pilates studio, cyber cafe, gaming lounge, pet wash, secured bike storage and a bike wash and repair shop to complement the new Fishers Bike Share program. Two courtyards will feature grilling and dining areas, an outdoor TV lounge, fire pit and a resort-style pool with cabanas and a sun shelf.

Brixx Wood Fired Pizza will serve as the anchor retail tenant of The Depot, occupying about 3,820 square feet, with an additional outdoor dining patio on the southeast corner of Municipal Dr. and 116th St. Dottie Couture, a boutique carrying accessories for women, also plans to open in the property in early 2015 as well.