We’ve identified five of the newest or most creative local initiatives to deliver more affordable housing units to the renters who need it. 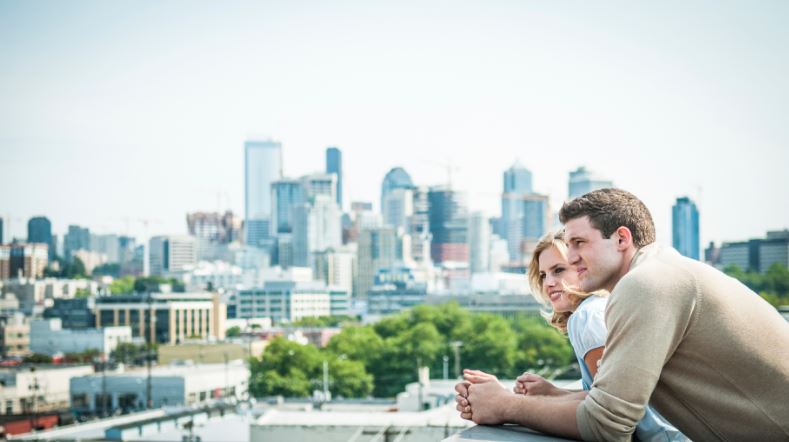 Now is an unusual time in affordable housing. Not because supply isn’t keeping up with demand; that’s been the norm in both good times and bad. Instead, the post-recession years have been giving rise to some particularly creative local initiatives designed to make it more palatable for developers to address the extensive need for less expensive housing.

In a report published by the Urban Land Institute in 2014, the organization found that the pool of available affordable housing (according to localized definitions of income) nationwide was about 3.3 million units. The total number of extremely low-income households was 11.5 million, meaning that there were 29 units per 100 households with an income of anywhere from $7,450 to $33,000 per year.

“The big areas for innovation in affordable housing at the state and local level are inclusionary policies, reducing barriers and, of course, resources,” National Housing Conference vice president for policy and advocacy Ethan Handelman told MHN.

“For example, decisions to allow inclusionary zoning open the door to make a new commitment to affordability. New York City, Montgomery County, Md., and other places have taken similar steps. Also, through new revenue sources—such as affordable housing trust funds, commitment of public land and other means—localities have innovative ways to make communities more affordable places to live,” he added.

Affordable housing is an exquisitely complex business, and forming a complete picture is difficult. We’ve identified five of the newest or most creative local initiatives to deliver more affordable housing units to the renters who need it. They’re representative in one way or another of the movement to create affordable housing nationwide.

Yet, it’s something of a Sisyphean effort: As units are developed, others disappear. The Association for Neighborhood and Housing Development estimates that there are more than 234,000 affordable housing units at risk of expiring in New York City between 2017 and 2037, most of them developed as 30-year affordable housing from 1987 to 2007.

However, the city is undertaking other initiatives rather than merely subsidizing building. In March, the New York City Council passed the Mandatory Inclusionary Housing (MIH) and Zoning for Quality and Affordability (ZQA) proposals. Previously voluntary, MIH now requires a certain percentage of affordable units in New York City multifamily developments in return for allowing a larger number of market-rate units. Another option for developers is to provide a less expensive site to the city for affordable development.

“Development is driven by the market and will happen with or without a plan to include affordable housing,” said Judi Kende, vice president and New York market leader for Enterprise Community Partners. “MIH and ZQA are tools that require the inclusion of affordable and senior housing, ensuring that neighborhoods will now have more housing at a variety of income levels.”

MIH will allow low-income families to have access to affordable housing in neighborhoods where new development is planned. ZQA will help reduce some of the barriers to the development and preservation of affordable and senior housing, thus potentially increasing available units, asserted Kende.

Linkage fees aren’t a new idea, and historically they’ve been highly unpopular with developers—for good reason: The fee is a tax. But late last year, the increasingly unaffordable Seattle took a crack at the policy for the first time, requiring office and apartment developers to pay a fee to fund the construction of affordable housing.

In the city’s most expensive markets, such as downtown and South Lake Union, the fee ranges from $8 to $17.50 per square foot. In lower-cost areas, it ranges from $5 to $8. The fee is projected to generate $196 million over the next decade and foster the development of 2,400 apartments that are affordable to either a single person who earns $37,680 a year or a family of four whose household income is $53,760.

City officials characterize the new rules as a compromise. When it was first proposed, real estate developers opposed the idea tooth and nail, but eventually, through what Seattle Mayor Ed Murray called a “grand bargain” between developers and affordable housing advocates, builders realized they could develop larger, taller projects in return for paying the fee. The fee is still in its infancy, rolling out fully by 2017.

Another notoriously expensive housing market is San Francisco, where the tech boom has priced out not only low-income residents but middle-class workers, as well (defined as those making $35,000 and $75,000 per year, respectively). The problem is endemic to California. In 2006, 38 percent of middle-class households in the state used more than 30 percent of their income to cover rent; now that figure is more than 53 percent, and it’s especially bad in San Francisco.

“The social costs of this middle-class housing crisis are not sufficiently appreciated,” wrote Christopher Thornberg, director of the University of California Riverside School of Business Administration Center for Economic Forecasting and Development. “Middle-income families have less money to spend on other goods and services—and that creates huge losses across the economy.”

San Francisco is trying a variety of initiatives to deal with the problem, including a rethinking of underutilized public land as development sites for affordable housing. A measure called Proposition K was on the ballot for city voters in November and they approved it. The new policy does a number of things, such as tasking the city to take an inventory of its surplus properties and their suitability for affordable housing.

The new policy also expands the income levels of housing developments allowed on surplus public lands. Previously, city policy called for using surplus public land for housing affordable to those earning as much as 60 percent of area median income (AMI). Proposition K requires 15 percent of units in developments on surplus city property be made affordable to those earning 55 percent of AMI or less, but also 18 percent of units to be made available to people with incomes of as much as 120 percent of AMI—more units for the beleaguered middle class, in other words.

The policy is new and thus untested, but the idea is catching on elsewhere. “A policy of allocating public land for mixed-income or 100 percent affordable housing can be an especially valuable way to reduce development costs, increase development opportunities for affordable housing and meet the housing needs of lower-income residents, with less need for direct public subsidy,” noted a 2015 report by the Washington, D.C., chapter of ULI.

In December, the Portand, Ore., city council adopted a number of code changes to make it easier to build “accessory dwelling units” (ADUs), which is the formal term for “mother-in-law apartments,” or smaller rental units adjacent to single-family houses. Previously, it had been rather difficult to develop such dwelling spaces in the city; the changes were devised as another technique for providing smaller apartments in existing residential areas. According to the Portland scheme, ADUs can be no more than 800 square feet or three-fourths the size of the main house, whichever is smaller.

Among other things, the change loosens design restrictions that required homeowners to make the ADU resemble the main house. According to Kol Peterson, a Portland ADU specialist, that means homeowners can build more modern ADUs and that pre-fab ADUs constructed offsite could be put in place on residential lots, which might cut construction costs in half.

Portland’s easing of its ADU regulations is one example of smaller affordable housing, with cities rethinking zoning and other regulations that tended to prevent such developments in the past. It’s also worth noting that, as a mark of the growing acceptance of smaller-size dwelling spaces, Portland is also home to the Caravan: the Tiny House Hotel, which is composed of custom-made tiny houses on wheels, ranging from 120 to 170 square feet.

ADUs are only one small-unit strategy to deal with expensive housing; others include the development of what amounts to adult dorms, with shared common areas. Other options are still needed to address the affordable crisis, notes Daryl Carter, chairman & CEO of Avanath Capital Management, which focuses on conventional and affordable multifamily investments. “Families represent a large part of those who need affordable housing,” he points out.

Another approach to creating affordable housing is to place it among market-rate units. That’s not a new idea, but it’s getting extra impetus now, says Carter, in a time when developers are eager to build apartments to meet demand. That’s particularly true in markets with interesting urban cores where people now want to live, including smaller cities like Sacramento.

“Mixed income is a better model,” says Carter, who has developed affordable housing in Sacramento. “Forty/sixty affordable/market rate works well, for example, and cities understand the dynamics of that balance.”

Last summer, the Sacramento city council created a framework for the development of 10,000 new apartments downtown over the next decade. That was seen as a good next step after the construction of the city’s new arena for the Sacramento Kings at Downtown Plaza, due to open this October. If all goes according to plan, the units will indeed provide that 60/40 split, with 6,000 of them market rate, 2,500 workforce housing and 1,500 units for the previously homeless.