So far the firm has committed $150 million to expanding opportunity for a diverse pool of developers. 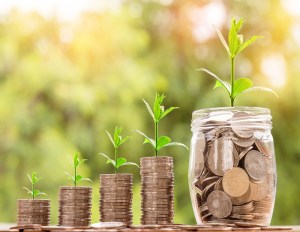 Enterprise Community Partners has hit its $350 million fundraising goal for the main fund of its Equitable Path Forward initiative that’s trying address the legacy of racism in the housing industry. The initiative’s Growth Fund reached the goal after first launching in December 2020 and has since attracted investors that include blue-chip companies, banks and foundations in various industries.

Enterprise has committed $150 million of the Growth Fund so far to several developers of color across every region of the U.S. Enterprise is also in conversations with dozens of more housing providers about further investments, including businesses that would have limited options of raising capital in order to grow operations and continue creating affordable housing. The firm told Multi-Housing News that it will invest the remaining capital over the next four years of the five-year, $3.5 billion initiative.

Last year, Enterprise also launched a credit enhancement tool called the Standby Guaranty Facility that’s meant to assist developers of color get access to capital that they otherwise wouldn’t get since they don’t meet traditional investor requirements. Enterprise created the facility in partnership with the Charles and Lynn Schusterman Family Philanthropies, who committed $20 million to the effort, and the Community Investment Guarantee Pool, who put in $5 million.