The Retreat at Corvallis features 1,016 beds and is currently 95 percent occupied. 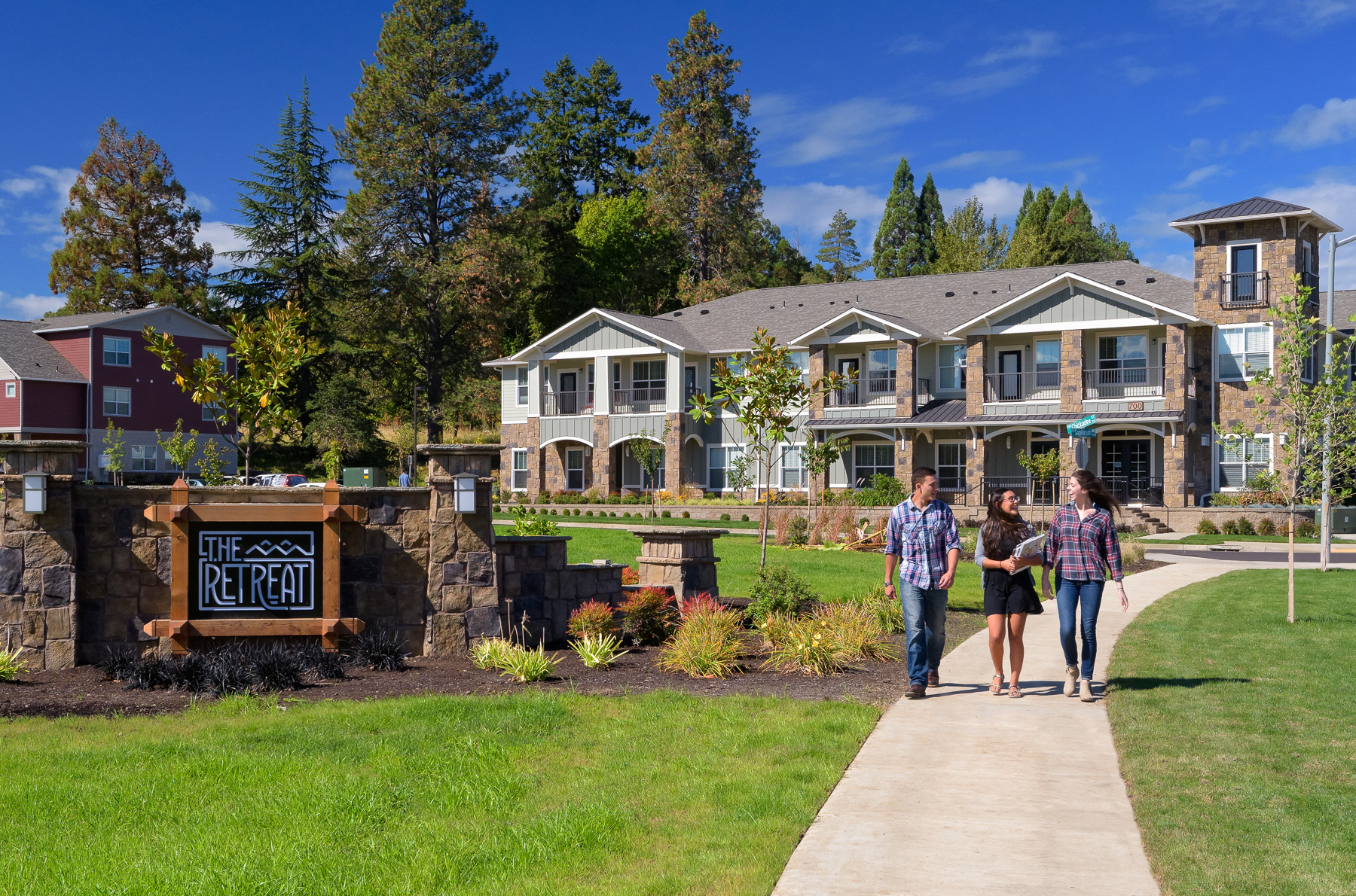 Corvallis, Ore.–EdR has announced its acquisition of The Retreat at Corvallis. The housing community serves the students of Oregon State University in Corvallis, Ore., and is situated within walking distance of that campus.

Opened to students in 2015, The Retreat at Corvallis features 1,016 beds and a mix of one-, two- three-, four- and five-bedroom floor plans. Those plans are spread between traditional apartment configurations, which comprise 60 percent of the units, and cottages, which make up the remaining 40 percent of residences.

“With 95 percent occupancy this year and a location pedestrian to campus, this community is a great complement to our top-of-class student housing portfolio,” said EdR President Tom Trubiana. “When paired with our development at Boise State, this community significantly increases our footprint in the Northeast.”

Recording a Fall, 2016 enrollment of 30,354, Oregon State University, is one of but two universities nationwide–and the only public institution–to hold land-grant, sea-grant, space-grant and sun-grant status. In just the last six years, the institution has added more than 6,500 students to its academic rolls.

Nationally-recognized programs in Environmental Science and Engineering, as well as Forestry and Agricultural Sciences, are among the disciplines attracting students to the university, which in 2018 will celebrate the 150th anniversary of its being chartered.