Retail and food services sales turned in a modest increase in November compared with October. 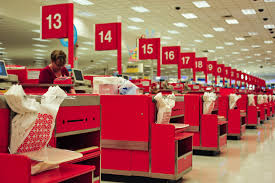 Retail and food services sales turned in a modest increase in November compared with October, according to the Census Bureau on Friday, with sales for the month up 0.2 percent (seasonally adjusted, so the run-up to the holidays is smoothed out). Not a vast increase, but compared with most months since this summer, a stronger increase. Take cars and car parts out of the equation and sales were up 0.4 percent for the month. Compared with last year, retail and food service sales gained 1.4 percent, though a good chunk of that was car sales, since without car sales, retail and service sales gained only 0.7 percent for the year.

Naturally, some retail categories counted as winners while others fared more poorly. As it happens—and it’s not especially good news for brick-and-mortar retail locations—the single strongest category of retail sales in November was “non-store,” to use the bureau’s term. That is, online sales. Their monthly increase was 0.7 percent, well outpacing the physical-store sales, and the non-store year-over-year increase was 7.3 percent.

The question for standard retailers and their landlords is how long the consistent expansion of sales online will continue at the expense of physical stores. Will online sales reach some kind of plateau someday soon or not? It’s also a question for warehouse/distribution space owners, since online sales tend to employ different logistic methods than traditional retailers.

The retail losers in the November retail report included electronics stores, even though they eked out a gain of 0.6 percent for the month. For the year, they lost 2.3 percent in sales, which has been a consistent pattern for that kind of retailer as more people order electronics online. Also, department stores continued their downward spiral, coming in flat for the month in November, but losing 2.4 percent for the year. Gas sales were off nearly 20 percent for the year, but that was because of the dropping price of gas, since the Census Bureau doesn’t adjust for price in its retail sales reports.