Economy Watch: Rents Volatile in Many Markets in May

By the Editors of Multi-Housing News
June 7, 2017
NationalNews

While nationwide apartment rents are still on the rise, several markets have recently faced spikes in rent, according to a recent ABODO report. Rent decreases going into June, on the other hand, were on the smaller side. 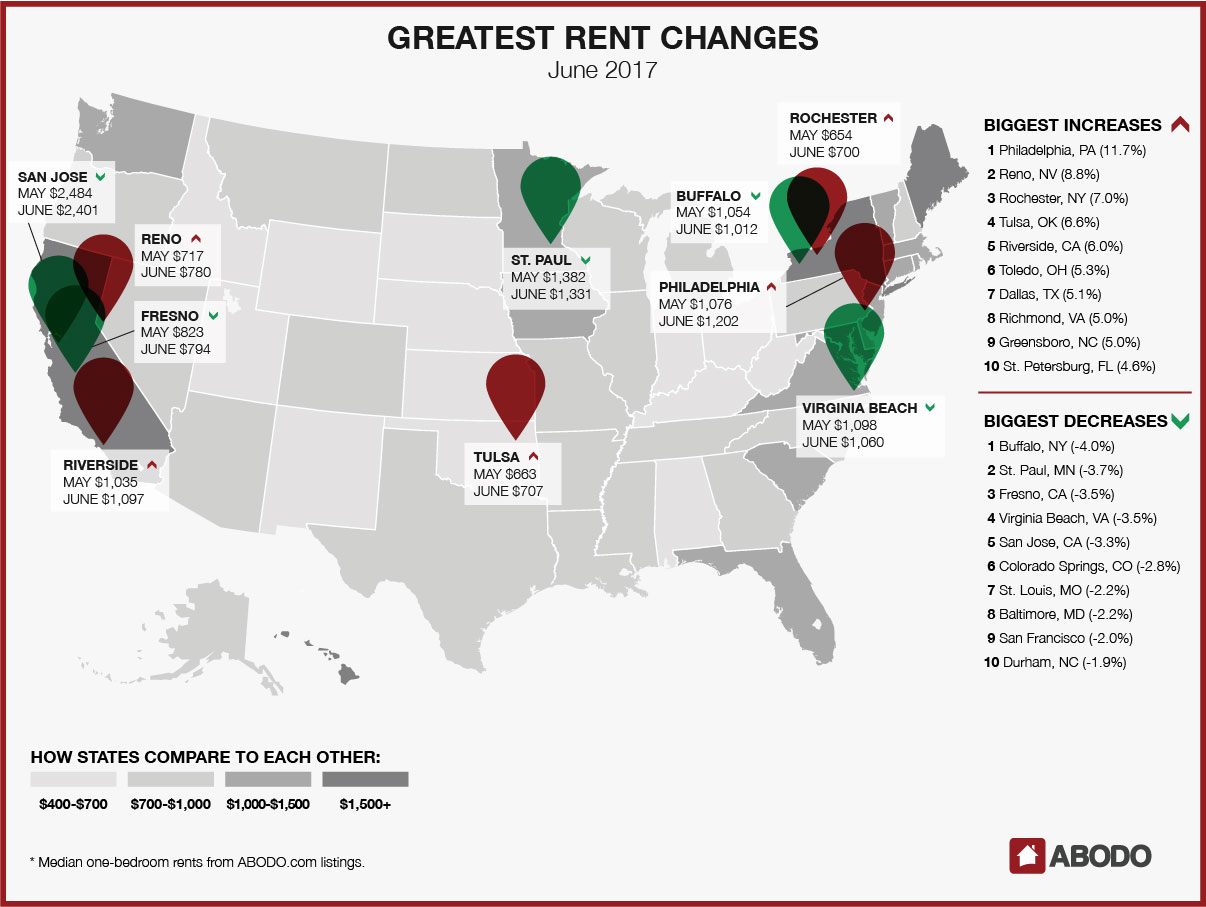 Apartment rents are still rising nationwide, but there is a lot of volatility among the country’s many markets, according to the latest report on rents by ABODO. Although the nationwide median one-bedroom rent (based on Abodo.com listing data) has nearly returned to its January 2017 mark of $1,016—after a March low of $1,003—in certain cities, rent prices have moved a good deal more.

Philadelphia led the pack going into June, with an 11.7 percent increase since the previous month—one of the largest rent hikes this year, second only to an 11.8 percent increase in New Orleans. The spike in Philly rents might be an anomaly, since for much of the year the city has seen only decreases in rents. Even after the 11.7 percent hike, Philadelphia’s rent is still down from its January high of $1,316, to $1,202.

All of the rental decreases going into June 2017 were on the smaller side, led by Buffalo, N.Y., where median rents fell 4 percent, from $1,054 to $1,012. Virginia Beach, Va., is continuing its streak of small monthly decreases, down 3.5 percent this month. Three California cities—Fresno (down 3.5 percent), San Jose (down 3.3 percent), and San Francisco (down 2 percent)—also faced rent decreases going into June, bringing San Francisco’s median one-bedroom rent down to $3,284. Even so, San Francisco still has the highest apartment rents in the country.