Economy Watch: Median Rents Up In November in Most Markets

The national median rent for one-bedroom apartments dropped for most of the year, but recovered beginning in September, according to a recent ABODO report. 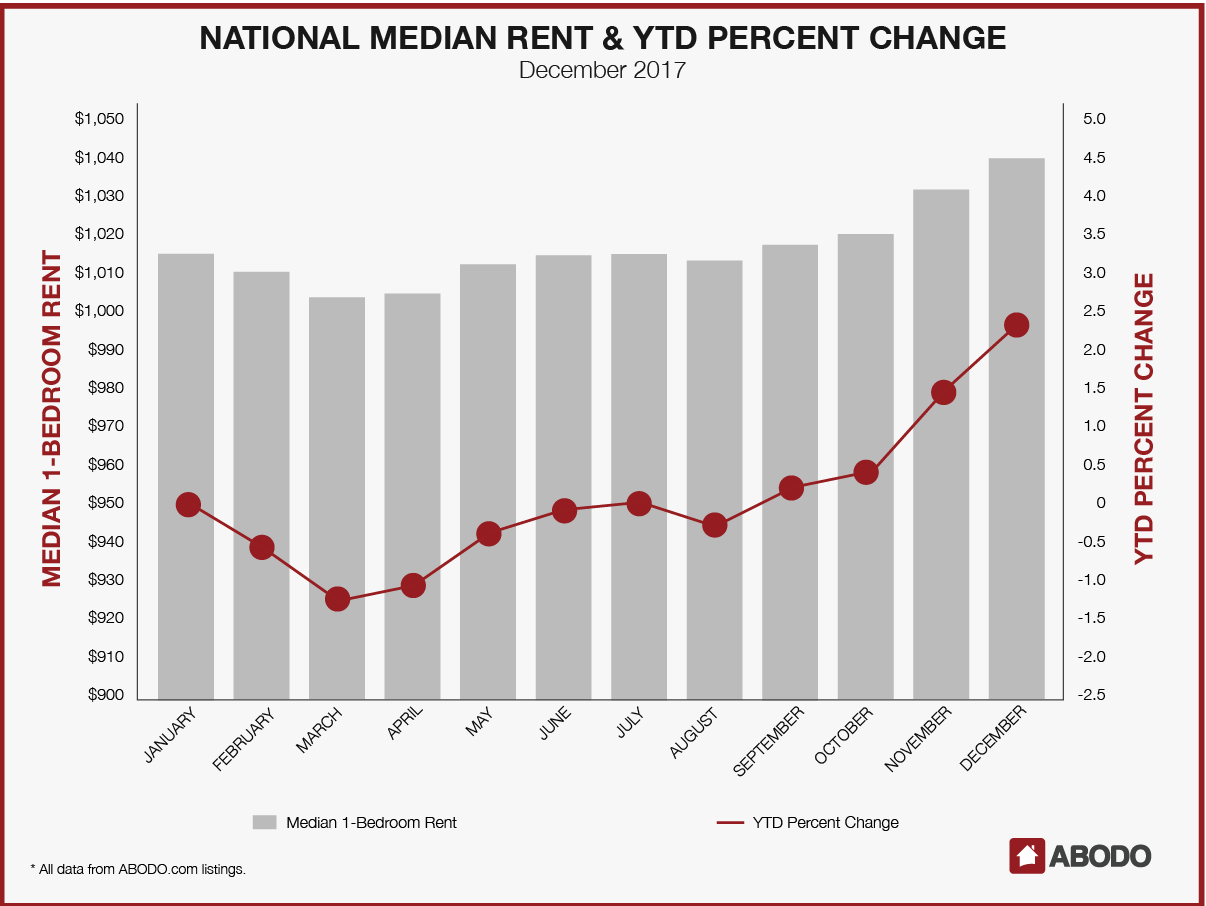 The national median rent for a one-bedroom apartment is up to $1,040 in December, or a 2.4 percent increase compared to the beginning of 2017, when the median was $1,016, ABODO reported on Dec. 4. The median price for such an apartment dropped for most of the year, but recovered all of those losses and then some beginning in September.

Some U.S. cities felt the latest rent hike more than others. Newark, N.J., for instance, saw the country’s largest month-over-month increase compared with November, with rents there jumping nearly 13 percent, up to $1,170. Corpus Christi, Texas, came in second, with a 9.8 percent increase, followed by St. Paul, Minn. (up 7.4 percent).

Two California cities saw rent decreases in December 2017, according to the report, which was much-needed for some renters. Rents in Riverside dropped 2.8 percent, from $1,124 to $1,093, and were down 3.7 percent in Santa Ana, from $2,032 to $1,957. Despite having the third-largest decrease for the month, Santa Ana holds its place as one of the most expensive rental markets in the country.

In fact, Santa Ana is the third-most expensive market, after only San Francisco and New York City. In San Francisco, the median rent for a one-bedroom apartment is a stratospheric $3,253 as of December. In New York, the same metric is $2,786. Other top-10 expensive apartment markets are (in order of expense) Washington, D.C., Boston, Oakland, Los Angeles, Santa Ana, Honolulu and Miami.