Acquity Realty Inc. has received the joint venture equity and construction financing for The Firestone, a 130-unit apartment community with retail space in the downtown SoFA District. 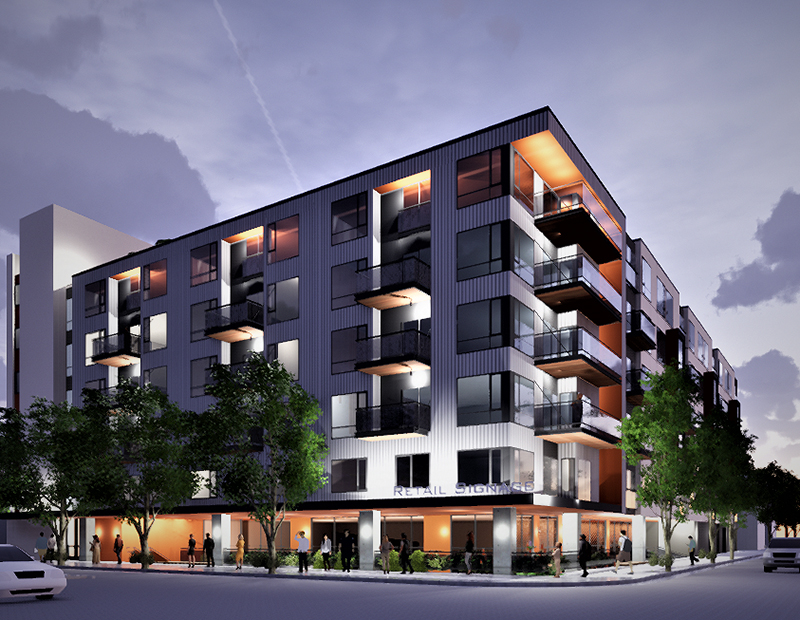 Acquity Realty Inc. has received $67 million in joint venture equity and construction financing for a six-story, mixed-use development in downtown San Jose, Calif., that will feature 130 apartments. NorthMarq arranged the financing for the property, The Firestone, which is located at 477 S. Market St. in the city’s trendy SoFA District.

The project is located within a few blocks of Adobe’s headquarters—where the software firm is adding a new Gensler-designed office tower—as well as Google’s upcoming headquarters building at the Diridon CalTrain Station. Designed by Raquel Bito of Steinberg Hart, the project will use a type III wood frame over a one-level garage with stacked parking.

Pringle noted that the retail space would likely include a neighborhood casual restaurant, which is highly desired by the surrounding homes and businesses. “We have early, very serious interest in the space as the building is located in San Jose’s Theater district and is across from the convention center and a blooming nightlife scene,” he said.

Racing against the clock

The Northern California property firm acquired the project site at the corner of South Market and Balbach Streets for $6.8 million last month, according to PropertyShark records.

NorthMarq’s Nathan Prouty, who along with colleagues Andrew Slaton and Briana Harney secured the debt and equity, noted in a statement that rising costs and healthy new supply posed challenges in putting together the ground-up deal. Pringle added in the statement that the team needed to move quickly given that the market is arguably past its cyclical high point.