DEAL OF THE DAY: Off-Market Transaction Brings Investor’s Unit Count to More Than 26,000

And year-to-date acquisitions to 6,449 units.

Roseville, Calif.—Real estate investment and services firm Kennedy Wilson has acquired a 612-unit community in Roseville, Calif., in an off-market transaction for $100 million.

The sizable buy brings Kennedy Wilson’s year-to-date multifamily acquisitions to 6,449 units. The company and its equity partners invested $38.5 million of equity into the deal, of which Kennedy Wilson’s initial share is about 12.5 percent. The parties also assumed $63 million of debt.

Slate Creek is located in the upscale residential neighborhood of Roseville, which, according to Kennedy Wilson, has a median area home price of $715,000. The acquisition brings the firm’s global portfolio to over 2,600 units. As is the case with most multifamily buys there days, a value-add plan is in play. 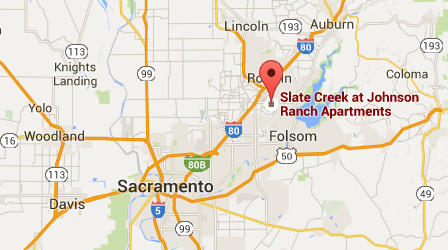 “Slate Creek benefits from strong area incomes and a wide base of local employers, providing us the opportunity to execute a robust value-add plan on a low density property,” said Kurt Zech, president of Kennedy Wilson Multifamily Investments. “The property is situated on a 39-acre site, which is nearly impossible to replicate in this submarket.”

Kennedy Wilson has had a busy summer. From cashing out on a 2,410-unit portfolio in Japan, to acquiring the majority interest in Vintage Housing Holdings, a firm with 5,485 units in the Western United States.