Today’s consumers are ever-increasingly aware about social issues. Some even willing to switch brands for one that gives back to others. Companies that practice social responsibility as a part of their daily business model show that commitment to charitable initiatives goes a long way, not only for the cause but for their business as well. AIMCO contributes to communities across the country and believes this has positively impacted how employees work together and conduct business. MHN interviewed Patti Shwayder, senior vice president of government relations and communications at AIMCO, who was instrumental in launching the AIMCO Cares Philanthropic Program more than 10 years ago. 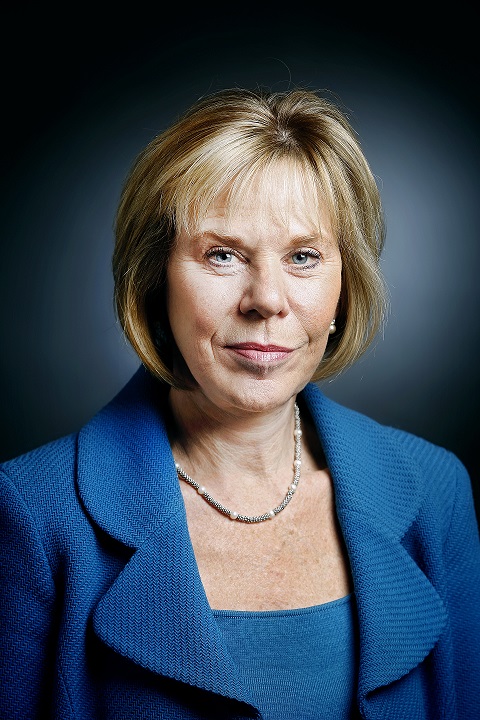 MHN: Can you tell us how AIMCO defines social responsibility?

Shwayder: AIMCO defines social responsibility really broadly. It is how we deal with our various stakeholders, team members and within the community. We have five pillars of social responsibility: providing high-quality housing and world-class customer service, be an environmental steward and build sustainability into all projects, contribute to communities, provide an exceptional workplace, and engage stakeholders and shareholders. We have a corporate citizenship council that looks at all these opportunities, sets goals and measures results.

MHN: When did you first become involved in social responsibility? Why?

Shwayder: AIMCO has been involved in social responsibility for years. Ten years ago we started the AIMCO Cares Philanthropic Program. That was a formalized program to tie a ribbon around doing some things that we had already been doing. There are several programs in AIMCO Cares. One is our Volunteer Activity, which is very homegrown across the country. We donate thousands of volunteer hours to more than 100 organizations each year. We have a scholarship program for our team members, we have AIMCO Cares for You, which is helping team members that may be involved in unfortunate crises or have had life-changing illnesses or issues. We have the AIMCO Cares Opportunity Scholarship, which is available through the National Leased Housing Association. They administer it and we provide the funds for scholarship for children in affordable housing. So, we started AIMCO Cares 11 years ago but some of these things we had been doing prior to that. In 2008, we decided to really aggregate all of these activities and instead of just doing an annual report like we had done we made it into a corporate citizenship report. We collected all the things we were already doing and published that in a report and that morphed into, “well we shouldn’t just be reactive to what we’re already doing, let’s take a more proactive approach to corporate citizenship and really form a corporate citizenship council of all the business units to set goals, implement and track our activities across all of AIMCO.”

MHN: Can you tell us about some of your most successful programs?

Shwayder: Our volunteer program has been really successful. This is something that is very homegrown; it is working in our communities. We have more than 200 properties nationwide and many corporate offices around the country. It really focuses on local priorities and what our team members are passionate about. We give every team member 10 paid hours a year to volunteer on the activity of their choice. Last year we gave people 20 years in commemoration of our 20th anniversary and this year we’re calling it 10 plus one for our 11th year of service – 10 hours plus one half a day of service around a theme later on this year. That has been very successful mainly because people do what they want to do, we really make an impact in communities, we form partnerships with local non-profits, with elected officials, government agencies, and we donate thousands of hours…I think last year we did 145 different activities and those are just the team activities the ones that we count. Team members are also free to do something on their own. It’s been fantastic for the communities and fantastic for creating relationships and building comradery among our team.

We started the Charity Golf Classic several years ago and it started as our Denver Operations Team getting a few people together and playing golf. That year it was on one of the local news stations and we raised something like $30,000 and we thought that was fantastic. It has just grown and grown and grown and become a must-do event for many of our business partners, venders and people who work with us. This year and last year it benefited three non-profits: Tragedy Assistance Program for Survivors (TAPS), which is for families of members of the armed forces who have lost their lives and we’ve donated more than $800,000 over the last seven years for these programs. The second is Project Sanctuary, for families of those who have come home from home from active duty and need support in transitioning back into their lives after being away, and we’ve donated $390,000 over three years. This is just a fantastic program and we’re thrilled to support that. The AIMCO Opportunity Scholarship which we established more than five years ago and the National Leased Housing Association (NLHA) administers through their education fund. This is a really unique partnership because we raise the money from the golf tournament and NLHA, through its membership which is state and local housing authorities and through media etc., provides applications for any student living in affordable housing. This is a perfect corporate citizenship program for us because if you’re living in subsidized housing the best way to not live in subsidized housing is to get a great education and a great job. So, we’ve been so happy to support many of these kids, some are not even kids they’re adults who want to get ahead through higher education, and we’ve donated $695,000 over five years for this program and had more than 200 scholars. For me, it’s one of my favorite times of the year to be able to present these scholarships with the scholars in attendance because folks come with their family, their mentor, teachers and they’re so thrilled to have a little extra help to go to higher education whether It’s trade school, community college or a four year university or college.

MHN: Different companies in different industries have jumped on social responsibility programs. Have you seen any creative programs outside of the apartment industry that have inspired AIMCO?

Shwayder: The question is very timely; we just implemented a survey of other companies as a follow-up to our 10 year anniversary to look at what we might want to do and some great ideas for the next decade of AIMCO Cares. There are a lot of great ideas from many companies. A lot of them really involve raising a lot of money or giving a lot of money. Although we do raise a lot of money from the golf tournament, our focus is really on volunteerism. As we looked around the country, we decided we really liked where we were because ours is very home grown, it stirs a lot of passion in our team members to be able to choose what they want to do, in the home turf with partners from their community. We like where we are and are always looking for improvements but think that our volunteer program and the other veterans and scholarship programs we’re donating to is pretty good for us at this time.

MHN: Have any of the programs impacted business at AIMCO?

Shwayder: Tremendously. We know from our partners in our Human Resources department that having the AIMCO Cares program is important criteria for people that want to come to AIMCO. People like a company that cares, they like being involved in a company that does good work while they also work hard. Good work’s in good work. We’ve heard this over and over again and it really fulfills our values of building community, relationships, it’s a key part of our culture. All of these programs have been a huge driver. Our Corporate Citizens Council sets the goals and implements them throughout AIMCO so tying a ribbon around those good things we do and moving the dial a little further has a business impact as well.

MHN: Is there anything else you’d like our readers to know about?

Shwayder: In Colorado, the impact of our social responsibility efforts really was reflected when our team members responded to a survey about whether AIMCO is a top place to work in Colorado and we were named to the list of top workplaces in Colorado for the third year in a row. Not only do our team members support the business direction but they also really appreciate the opportunity to do meaningful work.

It is a fun place to work because of these programs and everybody can participate, come up with an idea, get a team, grab your friends, take 10 hours of company paid time and do good work in the communities. So, I think that’s a very important driver in making AIMCO a great place to work and we continue to see that again and again. This year we’re going to have two weeks of national community service plus the half day as well so we look for more things ahead. Also, we had casual Fridays for years and years with a jeans day. For our 10th anniversary we decided “what if we have a jeans week?” so people paid $10 to wear jeans for the whole week and we asked our team members to nominate non-profits that they would like the proceeds to go to. That was highly popular and inspirational. We raised about $16,000, we had jeans activities around the country and we had 12 beneficiaries here in Denver, one a month, team members who would nominate a non-profit and then get the vote so they would win. They were then able to go present a $1,000 to the non-profit of their choice so that was another way of involving team members and putting a little bit of competition and fun in what we do for communities.