Fourteen communities were acquired through the vehicles. 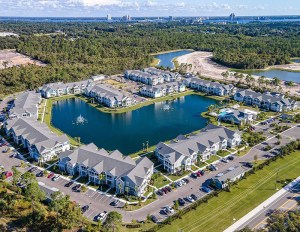 Continental Properties Co. has closed on two of its latest funds with a total value of $1 billion.

Like its previous Income Funds, Fund III and Fund IV are made up of high-quality, newly-constructed suburban communities that have a proven operating performance. According to the company’s website, the targeted geography of its Income Funds includes Arizona, Colorado, Texas, Minnesota, Wisconsin, Michigan, Illinois, Kentucky, Tennessee, North Carolina, Georgia and Florida. Continental Properties said the funds will begin making distributions to its investors in the first quarter of 2022.

Continental Properties’ previous fund in the series, Income Fund II, closed in April 2021 with $206 million of equity and a total portfolio value of $588 million.

The company is currently fundraising for its Development Fund II that will be used to invest in Continental Properties’ Springs, Authentix and Avanterra branded communities over the next 18 to 24 months.