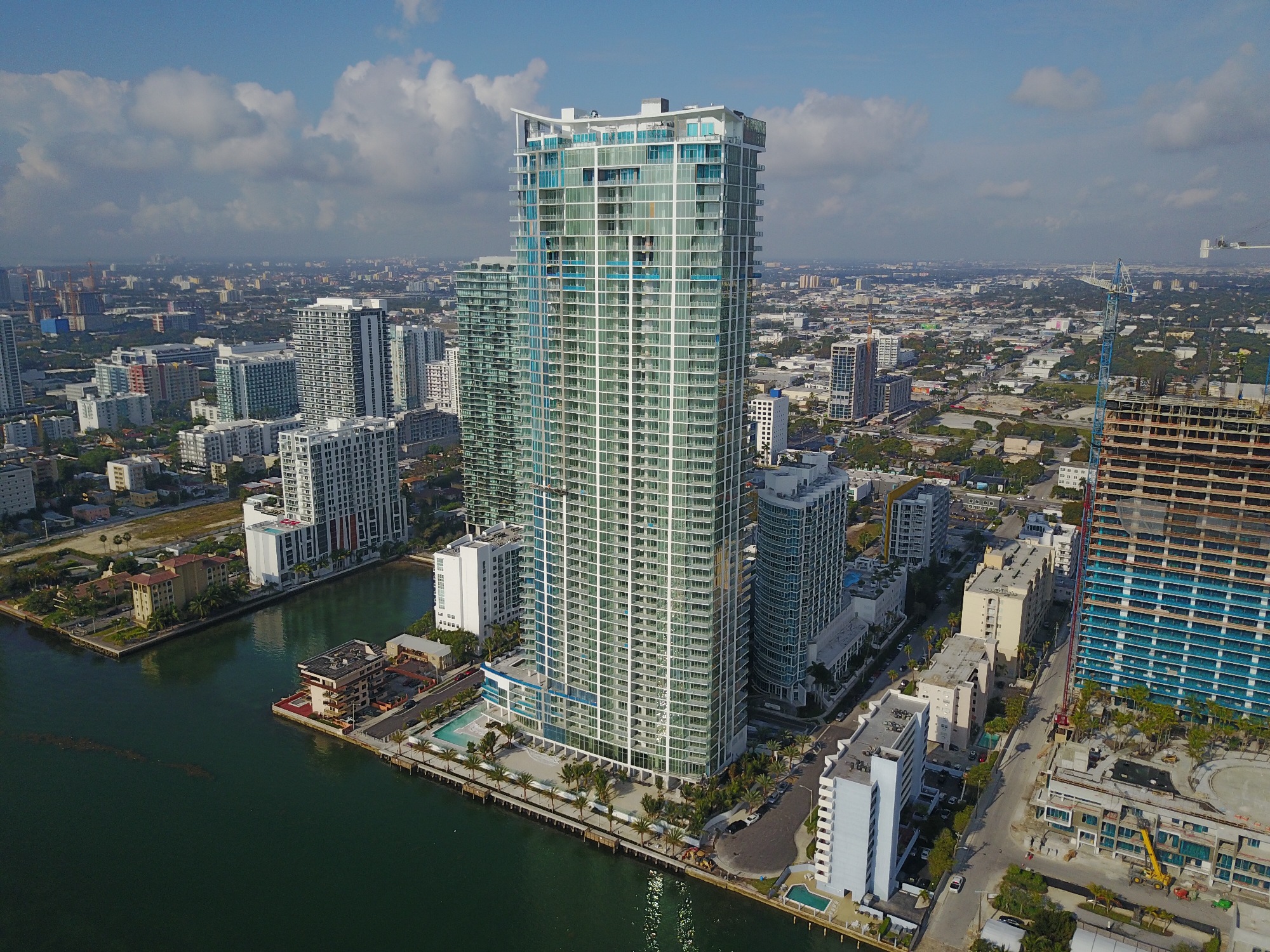 Biscayne Beach, a new 391-unit condo project in downtown Miami’s East Edgewater neighborhood, is wrapping up development. Construction of the 52-story bayfront tower is now complete and an initial temporary certificate of occupancy has been issued, allowing residents to take ownership of their units, begin interior build-outs, and prepare to move in.

Biscayne Beach’s residences include one-, two- and three-bedroom condos, townhome-style beachhouse units, as well as two-story upper penthouses with private rooftop pools and garden terraces. The units sold for between $400,000 and $9 million, with only two penthouse residences and one beachhouse unit currently remaining available, for about $1.6 million to $9.4 million.

Common amenities include a members-only Beach Club level overlooking the bay with an elevated sandy beach, private cabanas, zero-entry pool; daytime concierge services; and a restaurant and bar. Also, the property features an indoor/outdoor great room with a library and billiards room, an outdoor summer kitchen and lounge area, a fitness center, and a full-service spa.

Celebrity interior design star Thom Filicia—best known for his role on “Queer Eye for the Straight Guy”—created the property’s “beach chic” designs. His design elements were incorporated in the building’s common area amenity spaces, Beach Club level and the residences.

In terms of sales, Biscayne Beach is fortunate not to have started any later than it did, because condo sales in Miami are down, while inventory is up. According to StatFunding, as of March the 12 largest condo developments in Miami completed between late 2015 and late 2016 added 2,743 units to the market. Of those, developers still own more than 15 percent of them.