The company plans to invest in capital improvements at both assets. 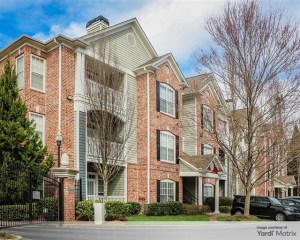 CARROLL has purchased The Artisan and Berkshires at Lenox Park, two properties encompassing 715 units in northeast Atlanta for a total of $175 million. The firm acquired the assets from FPA Multifamily and Berkshire Residential through its Carroll Multifamily Venture VI LP vehicle.

The buyer plans to invest in capital improvements at both assets. The Artisan, to be renamed ARIUM Peachtree Creek, offers 340 units, ranging from 742 to 1,395 square feet, according to Yardi Matrix data. The 375-unit Berkshires at Lenox Park, to be rebranded as ARIUM Lenox Park, has floorplans between 600 and 1,450 square feet. Both properties have a similar amenity mix, including fitness centers, business centers, clubhouses and swimming pools.

Located at 3001 Northeast Expressway, The Artisan is roughly 6 miles northeast of Berkshires at Lenox Park, which is located at 2124 Gables Drive NE. Both properties are near Northeast Plaza and its various shopping, dining and entertainment options. Downtown Atlanta and several other major employment hubs are also easily accessible via Interstate 85.

Due to Atlanta’s positive demographic trends, sustained by a growing tech presence, tax-friendly environment and low costs of living, CARROLL remains focused on the market. Since its founding in 2004, the company has invested more than $2.3 billion in Atlanta’s multifamily market, said M. Patrick Carroll, founder & CEO, in prepared remarks.