The KTGY-designed Aperture Apartments is a 421-unit luxury building in Reston, located across from the Wiehle-Reston East Metro station. 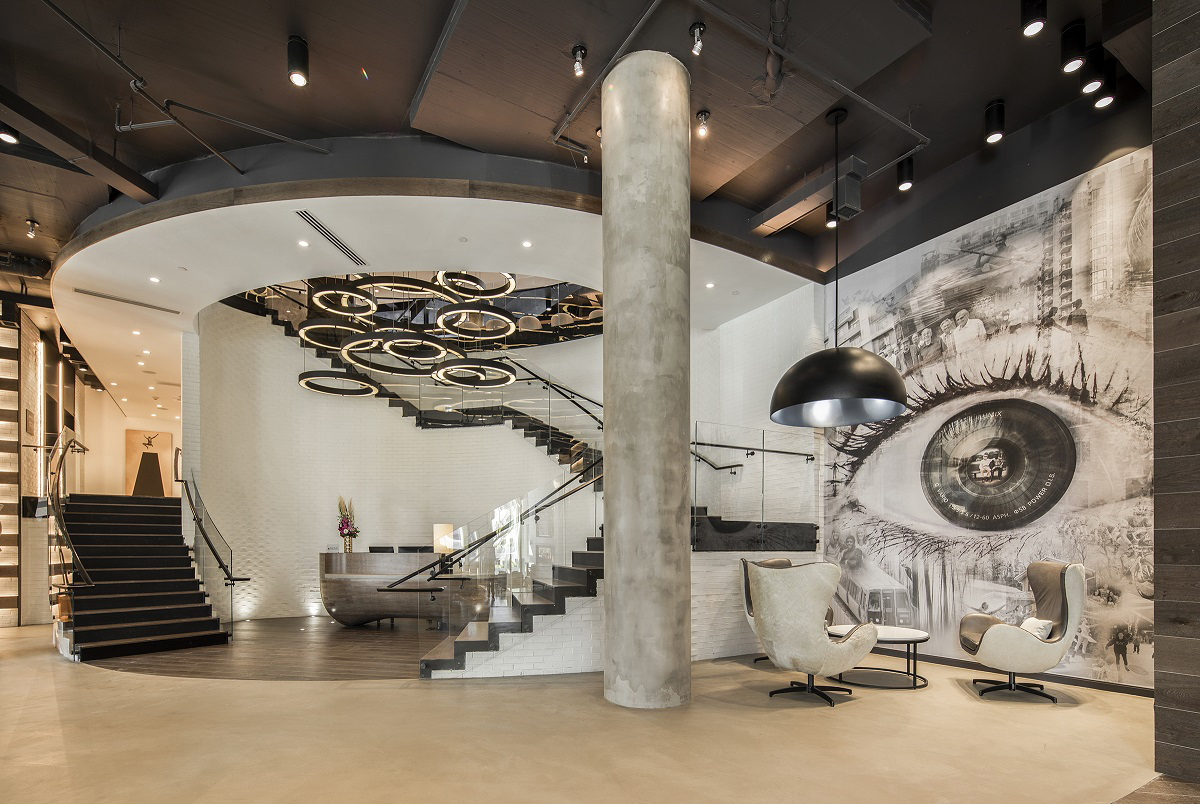 Located at 11410 Reston Station Blvd., the six-story property is situated directly across from the Wiehle-Reston East Metro station, which is part of the ongoing $5.25 billion Dulles Corridor Metrorail project and Silver Line expansion.

“The appeal of Aperture is multi-faceted, starting with the excellent location adjacent to the Wiehle-Reston East Metro station and the tech job centers in Reston,” Rohit Anand, KTGY’s principal, told MHN. “In addition to unparalleled walkability, the building is brimming with artful displays of nature that bring the outdoors in. Every common area is designed to foster connections among the residents, which has measurable benefits when it comes to retention.”

The property offers studios plus one- and two-bedroom units. The lobby includes several gathering areas plus an e-lounge, conference room, library nook and a double-sided fireplace.

“The amenities at Aperture were designed to flow naturally into each other while retaining their own identity and function,” Anand said. “Further underscoring the theme of connectivity, a grand elliptical staircase in the lobby leads to more than 32,000 square feet of second-floor amenities. These include a well-appointed club room and fitness center, both of which open to Aperture’s main courtyard, which features a saltwater pool, grilling stations and multiple seating areas.”

KTGY’s design for Aperture reflects the popular art-infused community and draws on its characteristics of blurring the line between city and suburban living. For example, the entry plaza of Aperture Apartments will showcase a bronze and stainless steel sculpture by Reston native Zachary Oxman.

The design firm also included an underground parking garage with 589 spaces to maximize the street-level experience.

“As the millennial generation celebrates milestones like marriage and parenthood, many are seeking out urban-inspired housing in suburban settings,” Anand said. “In the case of Aperture, the convenience factor is incredible with the Metro station right across the street. Adjacent retail and office developments add to the walkability—and overall appeal—of the neighborhood, which also offers proximity to recreational offerings like the Washington Old Dominion Trail. It’s truly the best of both worlds.”

Located just 20 miles west of Washington, D.C., the apartments offer convenient access to transit and is close by many shopping, dining and entertainment venues.