BLVD404: From Demo to Occupancy in 11 Months

The property is an introductory venture for Aptitude Development, which custom created the 54-unit, 163-bed student housing community to showcase Syracuse University colors and themes. 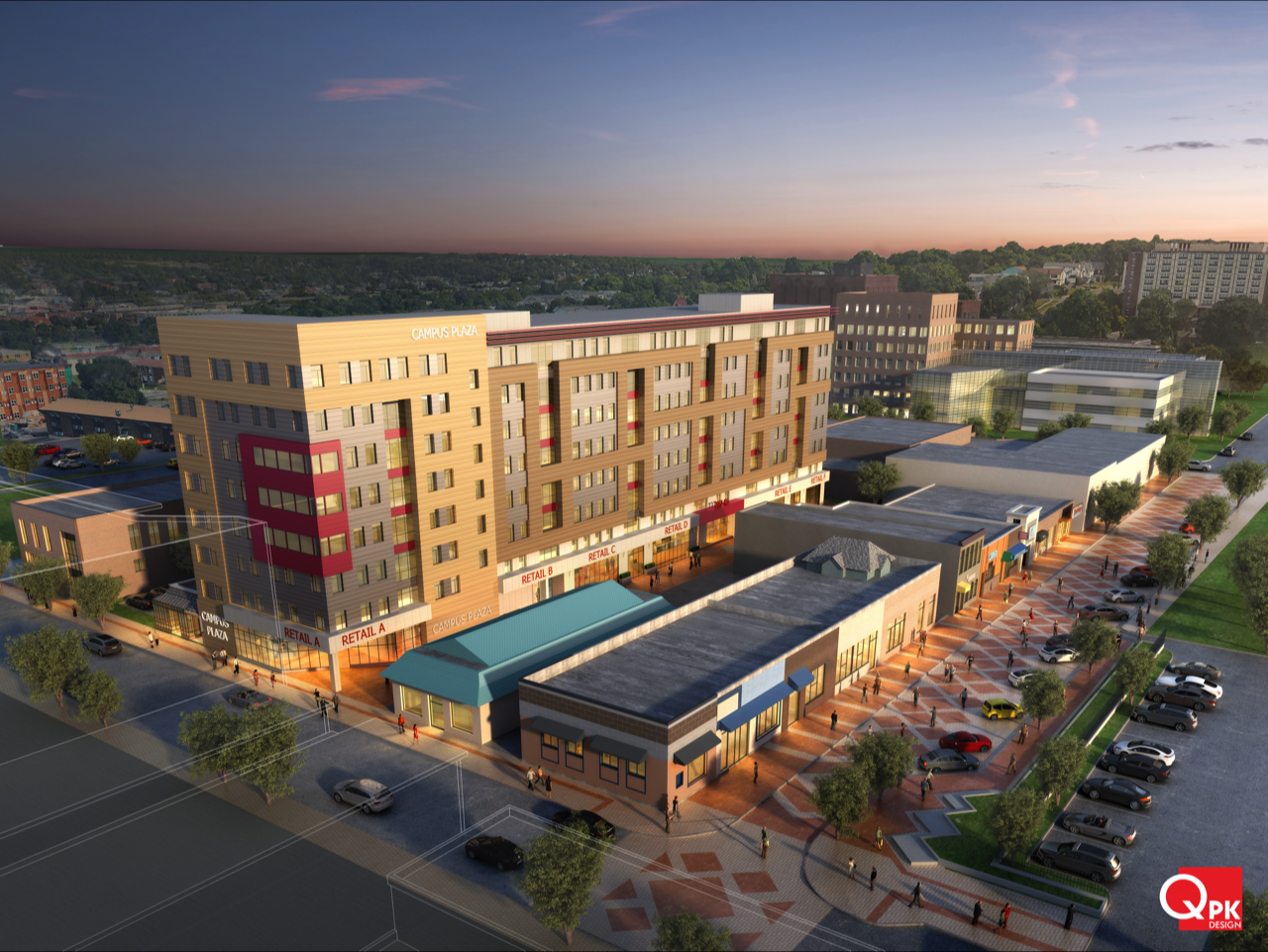 BLVD404 is the introductory venture for company partners Jared Hutter and Brian Rosen, who custom created the 54-unit, 163-bed student housing community to showcase Syracuse University colors and themes. BVLVD404 offers upscale amenities, an on-site convenience store, 24-hour management, top-rate fitness facility, individual and group study rooms and on-site parking. A one-of-a-kind feature of the development is the Jim Boeheim Hall of Fame Resident Lounge, an homage to the legendary Syracuse University men’s basketball coach. Boeheim is a partner in the project and will also partner with Aptitude in its future projects.

Rosen Property Group and Westerleigh Property Group are current partners in Aptitude Development. The company has recently brought in Nick Steinman as an additional partner.

Prior to developing BLVD404, Hutter had closely studied the student housing sector for many years, and sought the right moment to capitalize on opportunity.

“The BLVD404 site was attractive to me because I had gone to Syracuse and had somewhat of an understanding of the market [including] the geographic landscape, the student body and the university,” he told MHN. “After doing our own market analysis on the market, it was apparent to our development team there was still room in the market for additional purpose- built student housing. At the time, while there were three other buildings already built, we felt that only one was a true competitor to us, and combined we would collectively still only be serving a very small percentage of the market. Having gone to school at Syracuse and understanding the landmarks and where students would want and need to be—from academic buildings to the retail corridor of Marshall Street to the location of the bars—we felt our location for BLVD404 would be attractive to students, and we were right.”

Owned by an individual who allowed the building to remain vacant for years, the parcel was not being actively marketed for sale. That said, the acquisition process was anything but easy, according to Hutter. “I made my first offer for the site on February 14th and did not sign the contract until October 2nd,” he recalled.

“The crazy part was that where I started and where I ended up in regards to the business terms were not that far off. It turned out that even though the property was in Syracuse, the seller lived just a few blocks from me in New York City and often [I] had to do my best job of [accidentally] running in to him to get the deal done. I was eager to get the site and build the project and was going to do whatever it took to get control of the site.”

A lack of a prior student housing development experience represented the biggest challenge, Hutter said. “I had never built a student housing property before,” he said. “In fact, I had never built something for myself before; there was always someone else with me to help with qualifying the numbers at my previous jobs. For this one, it came down to me at the end of the day because I was now working for myself . . . I had to do extensive research to understand what the operating costs would be on a stabilized building. The rents were easy to figure out because we understood the market. But true operating expenses were harder to determine.

“On the construction side, we were fortunate to have hired a great contractor and [created] a strong team that found ways for us to save money on the project, which we ultimately reinvested in the deal through numerous upgrades. Those upgrades turned out to be important selling points to both renters and their parents and keys to obtaining the rents we were targeting.”

When evaluating the deal, Hutter and Rosen primarily focused on a long-term hold with steady cash flow, refinance opportunities, and depreciation benefits. They ultimately received an offer to sell the building that their team believed was compensation for income potential in the coming years, Hutter said.

Among Aptitude’s “newest and most exciting projects,” he said, is a mixed-use student housing project that is designed to tower over Marshall Street at Syracuse University. Likely to feature many of the qualities of BLVD404, it will break ground in the spring. Upon completion, the new development will offer 287 student beds and 20,000 square feet of high-quality retail.

“The work that Hutter and Rosen have done in just several years is impressive,” Steinman said. “I am thrilled to be joining this dynamic duo and work to create something great. We have a lot of exciting things in the pipeline, and I can’t wait to see where we’ll be a year from now.”

Aptitude Development has a number of high-potential projects at various stages of development around the country, Hutter said. “Also, we are devoting a good deal of our time to evaluating various value-add acquisition targets. Student housing is an exciting place to be right now, and in the years to come Aptitude will be a major player in the sector.”