Veteran finance specialist Paul Fried of Greystone Bassuk Group shares insights into successfully navigating the debt and equity markets and the changes ahead. 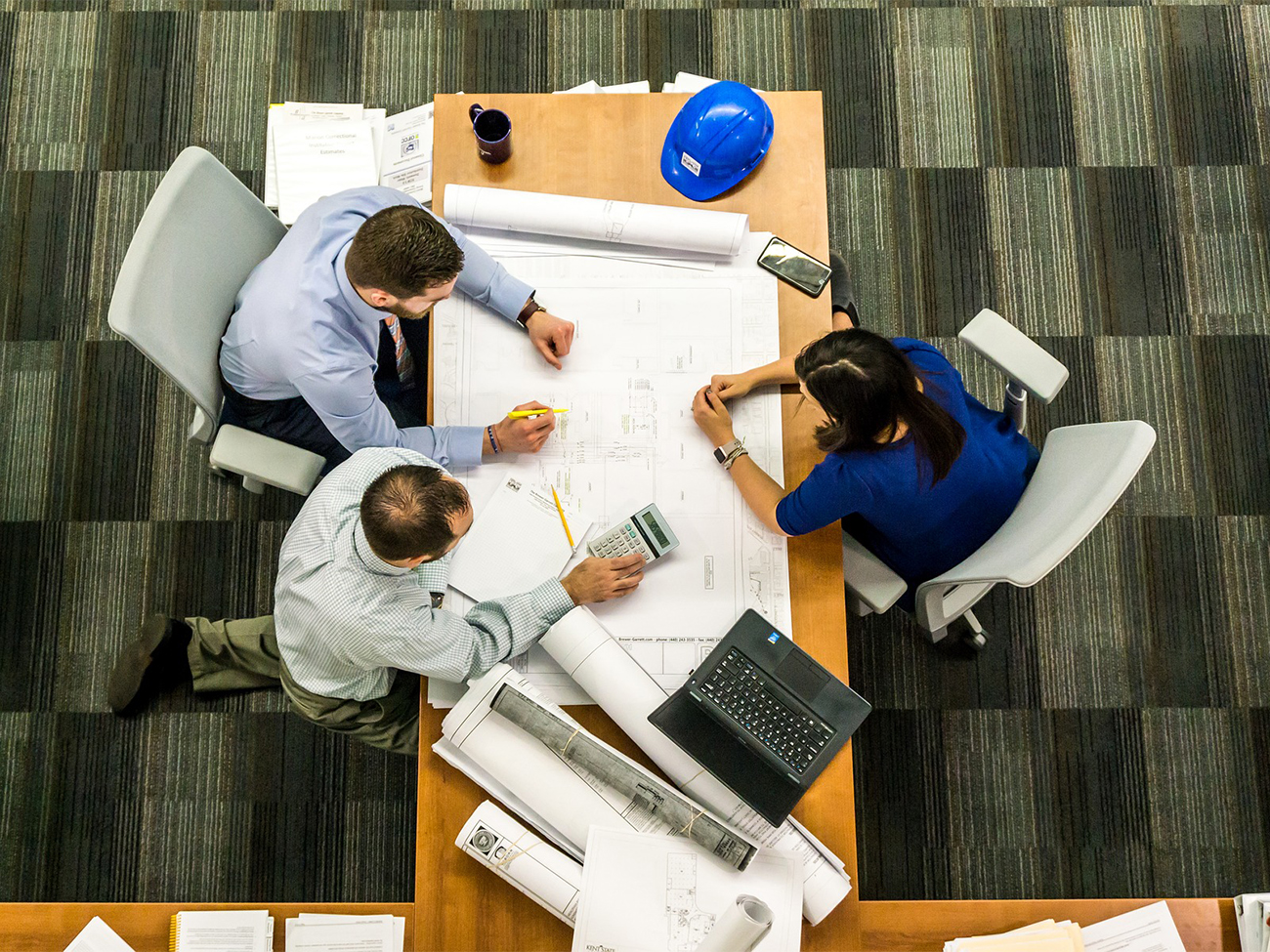 As executive managing director & head of equity capital markets at Greystone Bassuk Group, Paul Fried advises owners and developers on equity capital placement. In his more than two-decade career, he has held senior positions at L&L Holding, Deutsche Bank Capital and Allegiance Capital. During this exchange with MHN, Fried discusses the capital markets’ increased attention to secondary and tertiary hubs, as well as how capital flows are affected by rising interest rates, construction prices and the cost of labor. He also details why developers must differentiate themselves from the competition as the quest for capital intensifies.

What are the most important trends you’re observing in the multifamily capital markets?

Paul Fried: Interest rates are the headline in the capital markets. We’ve seen some modest increases in the past year. We’ve been primed for a couple more increases. By themselves, 25-basis-point increases don’t seem significant. But cumulatively, they have a significant dampening effect on residual values.

Over the past few years, we’ve seen the development of multifamily (properties) in “hub” markets, which are secondary, sometimes tertiary markets that are seeing the kind of growth we’d expect to see in major markets. In many ways, these markets are showing some of the same characteristics as in major gateway markets, but replicated on a smaller scale.

To begin with, they have their own independent, growing and—by all appearances—sustainable economies. They have barriers to entry, like zoning restrictions and urban cores that act as hubs and create a premium for land and existing properties within these hubs. And they generally have significant infrastructure like urban transit, highway systems or ports.

Connectivity is the key. These hubs are really platforms, connecting a broader community of people, businesses and social and economic services. This is proving (essential) to many of these growing cities and their local economies—such as Winston-Salem, N.C.; Stamford, Conn.; Raleigh, N.C.; Columbus, Ohio; Jersey City, N.J.; Pittsburgh; and White Plains, N.Y. All these cities have job growth, usually connected to medical, higher education or science research (sectors), with a solid and growing tech business environment. These are the kinds of places where we’ve seen tremendously interesting multifamily development and redevelopment.

In the past 10 years, capital generally flooding into the 24/7 gateway markets has simply priced investments at levels too high for most investors to support. These gateway markets have seen population surges, which have far outpaced the supply of affordable housing. The secondary “hub” markets are proving to be an interesting alternative. Their combination of university, science and tech, and mainstream business is really attractive and getting increasing attention from the capital markets.

How do you expect the multifamily capital markets to change over the next five to 10 years?

Fried: The capital markets gravitate to where there’s opportunity, where there (are) worthwhile places to deploy and make a return. This is why I think that secondary and tertiary hubs represent an investment theme—the idea that these smaller cities are really work-play platforms. They allow businesses dependent upon collaboration and intellectual capital to attract a young, educated workforce.

They have universities, which are really employment and research feeders for local business. They usually have notable medical and health-care (centers) and are amenity-rich communities that are attractive to all demographics. These are (also) the attributes of the major markets, and there’s a growing awareness that there are secondary hubs that have similar characteristics.

Capital should continue to follow developers and redevelopers to these growing markets. Investors are watching where the economic job and population growth is happening. Those are submarkets (in which) capital markets want to be.

How can market participants best prepare for these shifts?

Fried: For one thing, never lose sight of where job growth is. Solid local markets with a clear path of growth are key.

Another would be to identify your operating or investing differentiators. Investors have increasingly looked to developers for local knowledge or specific proven expertise. One of the challenges I see is sponsors’ struggle to understand and explain what they do that’s slightly different and better than their competition. Whether we’re in an up market or a down market, there’s never enough capital to go around, and there’s always competition to attract capital. Understanding that, the sponsor needs to think in terms of why they should be the beneficiary of capital market dollars instead of their competitor, which requires a sharp focus on what they do best.

What challenges do developers and investors face in obtaining debt and equity?

Fried: Let’s address debt challenges separately from equity challenges. On the debt front, I’m thinking about development challenges, starting with meeting higher bars for completion and repayment guarantees. Construction loans are imposing much higher obligations—and much more financial pressure—on developers. Couple that with the increased construction costs that we’ve seen over the past couple years, and the bar is raised even further.

And since many capital markets players believe that we’re in the later stage of this cycle, they’re expecting a longer lease-up period and anticipating lower-than-projected rents. So for developers, there’s the real pressure to bring down costs in a market where labor and construction costs have spiked. None of this may be news, but more recently, buyers, investors and developers are all having to deal with an environment where interest rates are increasing, (bringing up) the question of exit values.

On the equity side, there are maybe two “big-picture” concerns that I see. One is having to (assure) an equity investor that the proposed project or investment is in an area that will experience clear population, economic, job and rent growth. The other is—in a rising interest-rate environment—underwriting the exit value of the proposed project upon completion. As developers are being reminded, small interest-rate increases can have a material impact on the underwritten exit value. Discount back that lower exit price, and the developer is looking at the need to buy or invest at a much lower basis.

For buying existing assets, like value-add or core investments, investors aren’t faced with these issues. There is plenty of debt capital. On the equity front, (challenges) can depend upon the nature of the investor. Institutional investors are being more cautious due to high asset pricing, while private equity investors seem to be more focused on net cash flow that’s not available in any other asset class. (The latter) can have a longer hold approach that can support paying higher prices.

How are developers and investors overcoming these obstacles?

Fried: None of us can change the market. All we can do is adapt to it. For many developers, these obstacles mean no new projects or investments until something gives. And for sellers, if they can’t get their price, then many will wait, hoping they can get their price in the near future. We’re seeing this play out in New York: (large) increase in transaction volume through 2015, and then over the past two years, an unmistakable drop in transaction volumes, especially for development deals.

We’re in a market that is sorting itself out. Most investors that I speak with say that they’re waiting for sellers to lower prices to levels that bear some relation to buyers’ debt and equity costs and projected rents. Maybe the debt pricing will tighten, and that would help. Maybe rents will show robust growth for a few more quarters and instill some confidence. Maybe some sellers will need to sell, rather than want to sell, and they’ll take a lower price and help the market reset expectations. Maybe construction costs will come down—okay, forget that last one. But most developers that I talk to really are hoping that we’ve seen the worst of the increases in construction costs for a while.

So to take on a new development deal today, the developer is looking for a little help in all these categories, but probably has to bring more financial firepower to the table.

Recapitalizing assets, bringing on a co-developer with a balance sheet, finding a strategic investor—these are all being explored in the current environment. If you’re a seller, you’re still seeing historically low interest rates and a lot of liquidity. For cash-flow assets, selling prices may well hold. For development deals—(and) the selling community that needs to monetize profits, pull equity out and redeploy—there may need to be a price discount. That, in turn, will help prime the pump a bit to encourage more development transactions.

Are you expecting a major shift in international capital sources providing debt for multifamily investment, development or refinancing?

Fried: Foreign capital flows have always ebbed and flowed. In the late ’80s and ’90s, money from Japan was flowing here, then that spigot closed, following a downturn. In the past 10 years, money from China has made a splash, but now that looks like a trickle.

(Offshore investment) was primarily in a few targeted major markets and not a significant part of the landscape for most other submarkets. If China changes its monetary policy and (provides an opportunity) for U.S. investment, we’ll see a notable increase in (capital flows to the U.S.), and that will have some effect on investor sentiment, generally.

But meanwhile, I think the bulk of debt and equity capital for most submarkets remained the same heading into this year. I think that bank deregulation will pave the way for more (commercial) lending. And the continuing formation of more debt providers, especially bridge and mezzanine lenders, means good liquidity for most owners and buyers.

As it always does, it’ll come down to the equity side of the business and the willingness of an investor to take the first-loss risk.