CollegeTown Phase III is a seven-story structure on a 1.8-acre lot contiguous to the Florida State University campus. 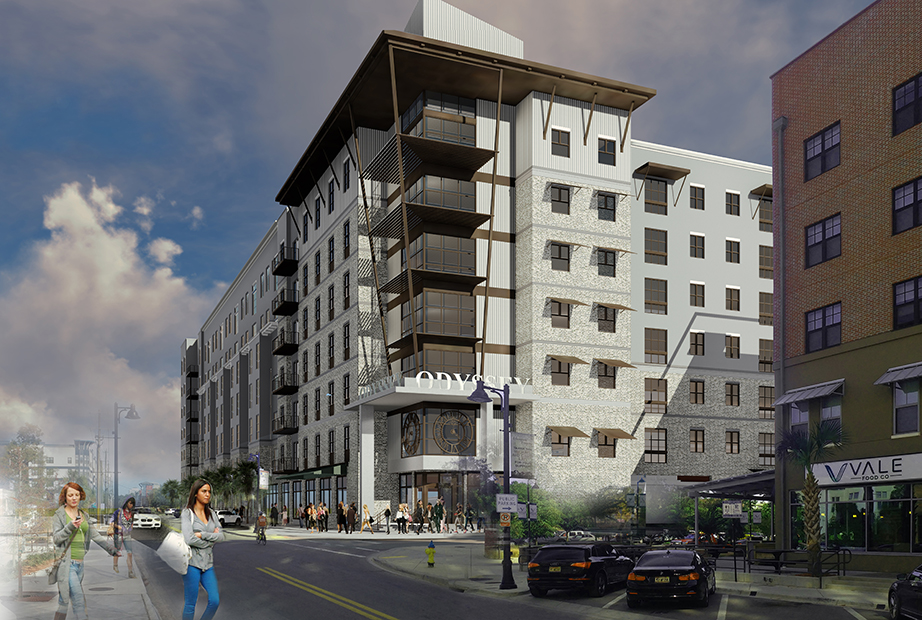 CollegeTown Phase III is a seven-story structure on a 1.8-acre lot situated next to the Florida State University campus on the southeast corner of West Madison and Lorene Streets. The building also includes 3,550 square feet of retail space and a structured 423-space parking garage. Developed by Alan Hooper and Tim Petrillo of Urban Street Development, CollegeTown Phase III is slated to begin construction this year.

“In order to build this project, the sponsor Seminole Boosters—a 503c affiliated with Florida State University—needed to receive approval from the Board of Governors and Board of Trustees,” Williamson told MHN. “This was an extra layer to the approval process, which made it both difficult and lengthy to move forward with this project. There has also been a significant pullback in construction financing from banks throughout the country for both multifamily and student housing projects.

“Through our vast in-house market data and knowledge of the debt markets, we were able to help facilitate the approval process for Seminole Boosters and assist in the full approval of the project. Moreover, due to the inefficacies in the marketplace for construction finance, Berkadia ran a complete process canvasing all of the active lenders in order to optimize the best terms for the sponsorship.”

More than $200 million in area investments has poured into the CollegeTown district of Tallahassee, resulting in it witnessing greater student housing expansion than any other area of the city, according to a report in the Tallahassee Democrat newspaper.

“There has been a dynamic shift in student housing projects across the country,” Williamson said. “Students are looking for a live-work-play environment within walking distance to campus.

“With its excellent location next to campus, CollegeTown has captured all three aspects of the live-work-play environment, which has contributed to it its success. Boasting the highest rents in the submarket, CollegeTown has been completely stabilized since completion.”

After the long approval process, Williamson and colleagues feel they’ve finally arrived, they said, in “the end zone” in helping the Seminole boosters gain the most competitive construction loan terms in the marketplace for CollegeTown Phase III. “CollegeTown Phase I and II have been a huge success creating a vibrant mixed-use facility adjacent to Florida State University as well as creating the perfect game-day experience for students, parents, FSU alumni and the residents of Tallahassee,” he said.