The partnership will expand the firms’ international presence, while offering more capital markets services to clients. 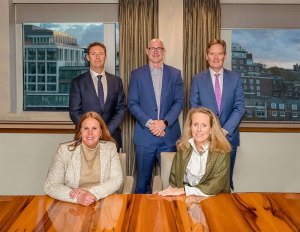 Berkadia and Knight Frank have teamed up in an alliance that would provide capital markets services to its clients across the world. The alliance would allow both companies to offer its clients more access to capital opportunities, with the platform spanning all major capital hubs and sources, including the U.S., Asia Pacific, Europe, the U.K. and the Middle East.

From the Knight Frank side, the firm is the largest privately-owned capital markets platform and offers access to global capital, including from institutional, sovereign and private wealth. The firm has developed a network of more than 5,400 ultra-high-net worth individuals. On the Berkadia side, the U.S.-based firm has originated more than $75 billion in commercial loans and advised on $48 billion in asset sales in the last two years.

Together, the alliance forms a global network of more than 22,750 people across 558 offices throughout 57 territories. Ernie Katai, executive vice president & head of production at Berkadia, told Multi-Housing News that Berkadia is planning to place a couple of the firm’s executives at Berkadia’s headquarters in London, while Knight Frank will do the same for Berkadia’s locations in the U.S.

The alliance will be guided by an Alliance Management Board that meets quarterly and will include senior executives from both organizations. So far, the board includes Neil Brookes, global head of capital markets at Knight Frank, and Keith Misner, co-head of investment sales at Berkadia. Katai told MHN that the alliance doesn’t currently have any active projects, but the firms are working on “several high-caliber institutional multifamily and hotels/hospitality assignments” where the alliance may be involved.

A trio of US-based alliances

Knight Frank also formed an alliance with Douglas Elliman since the firm is one of the U.S.’ largest independent residential real estate brokerages. As for its most recent alliance, Knight Frank went with Berkadia since it provides several services to multifamily and commercial property clients. Recently, Berkadia arranged $92 million in construction financing for a 321-unit mixed-income community in Tampa, Fla.