The new owner picked up the asset with the help of a $50.1 million acquisition loan. 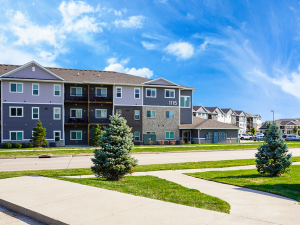 According to Dallas County public records, Merchants Bank of Indiana provided a $50.1 million loan for the acquisition of the asset, marking the company’s fourth purchase in the metro. The seller, a joint venture between Besyata Investment Group and The Scharf Group, picked up the community in 2018, for $58 million.

Constructed in 2017 and 2019 in two phases, the 13-building property in metro Des Moines, Iowa, encompasses a mix of one-, two- and three-bedroom floorplans, ranging between 828 and 1,307 square feet. A fitness center, a business center, a playground, a basketball court and two pools are among the common-area amenities at the controlled-access community.

Located at 1150 SE Olson Drive, Autumn Ridge has access to the area’s major employers, such as Microsoft, MercyOne and Wells Fargo, among others, while downtown Des Moines is less than 14 miles east. Several service providers, dining options and retail spaces are close to the property.

BAM’s fund focuses on the acquisition of Class A and Class B+ assets, built after 2000, for value-add investment purposes. Autumn Ridge joins Hamilton Station and The Bristol, two metro Indianapolis communities, which are already part of the fund.