The 150-unit Slate is expected to complete construction by the end of 2022. 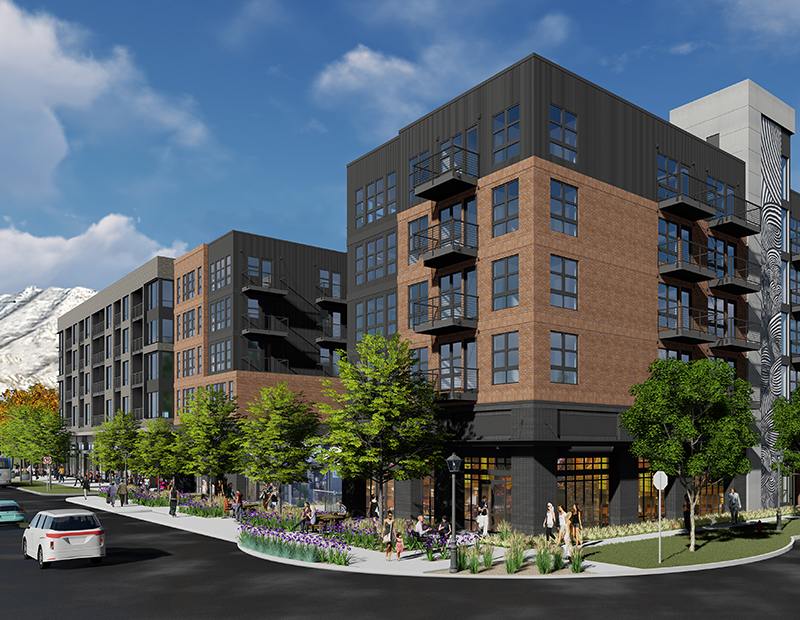 The 150-unit Slate was designed by KTGY Architecture + Planning and is expected to complete construction by the end of 2022.

The five-story community offers studio, one- and two-bedroom units that range in size from 346 to 934 square feet. According to KTGY, the units were designed to accommodate the needs of young professionals.

Slate’s amenities include a courtyard, spa, clubhouse, fitness and wellness area and a co-working office space on the ground floor. The community is also being built with 3,530 square feet of ground-level restaurant and commercial space.

Located at 900 S. 300 W., Slate is being built on a 0.7-acre site that was created by assembling four nearby parcels. The transit-oriented community will be located next to the Central Ninth Trax station that gives residents access to the city’s three UTA Trax light rail lines and a bus route.

“Smaller unit sizes help bring down the overall rent,” Sciarra told MHN. “The key to the success of a micro-unit is being able to offer something outside of the unit, either being in a desirable location or an extensive amenity package.”

Sciarra also told MHN that KTGY has incorporated micro-units in several other projects. Nearby in downtown Salt Lake City, KTGY is also working with Brinshore Development on a 190-unit mixed-income community that includes units starting at 450 square feet.