Annual rent growth has risen at least 2.9 percent every year and has surpassed 3 percent in six of the last eight years, according to a survey of 127 markets by Yardi Matrix. 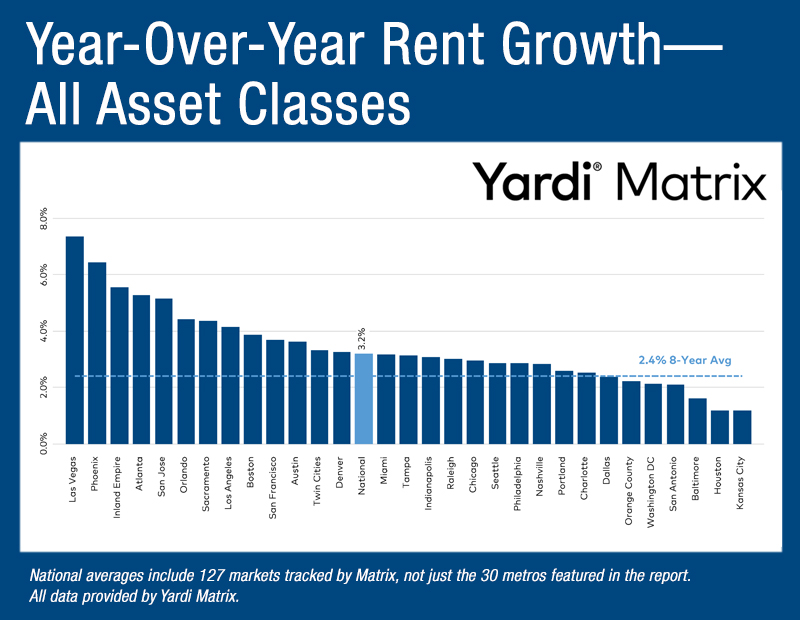 Although this positive performance brings worry that it may not last for long, multifamily stands to prove that wrong, due to the strong demand within the sector. Over the past eight years, 8.9 million households have formed in the U.S., an average of 1.1 million per year. With this in mind, the number of people in the prime renter-age is expected to continue growing over the next few years. In addition, job growth also remains positive, as well as other social factors that inhibit home ownership—student loan debt, downsizing Baby Boomers, remaining renters longer—will maintain the demand for rental housing.

When it comes to metro performance, Las Vegas is once again at the top spot with a rent growth rate of 7.3 percent. Following that is Phoenix increasing 6.5 percent and the Inland Empire rising 5.5 percent, likely due to job and population growth. Looking forward to 2019, it is forecasted that the Southwest, West and South regions will continue to perform the strongest.